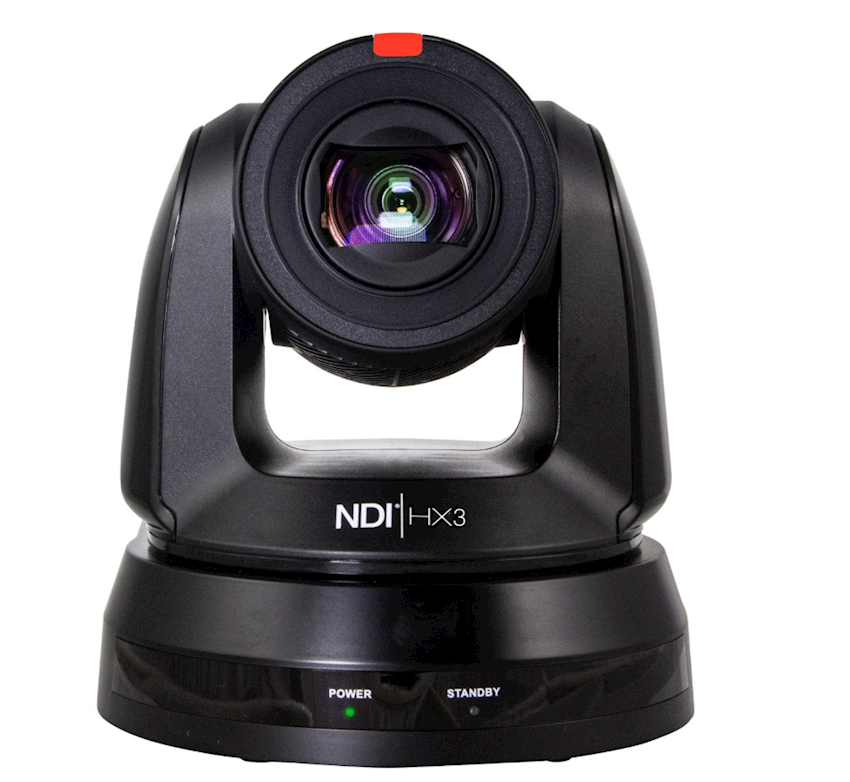 Marshall Electronics, a leading manufacturer of broadcast and proAV cameras and equipment, will showcase its CV730-ND3 PTZ Camera at the 2022 IBC Show (Stand 11.C23), which features the latest NDI®|HX3 technology. Designed to accommodate broadcast production facilities looking to produce high-impact content despite having less staff on-site and limited IP bandwidth, the CV730-ND3 PTZ camera uses the new NDI|HX3 platform to deliver ultra-low latency and superior video quality in less bandwidth required by Full-NDI enabled cameras.
The CV730-ND3 features a premium Sony 4K sensor with 9 million pixels and square pixel array designed behind a long 30x optical zoom range (6.5~ 202mm). In addition, all Marshall PTZ cameras boast a flexible and smooth 340° horizontal pan range with 120°vertical tilt with speed adjustments from slow to fast depending on how quickly you want to setup the next shot. This provides a wide range of movement options to content creators when capturing high-quality UHD or HD video.
The CV730-ND3 now features streaming options of NDI|HX3 premium video codec, and standard IP (HEVC) encoding with SRT, while also offering 12G/3G-SDI, HDMI and USB3.0 outputs. It is feature rich and fits into a wide range of broadcast and proAV applications. It also features PoE++ for a one-cable to camera setup for all functions (video, audio, control, power and tally), and is easily configurable by a NETGEAR M4250-series or M4300-series managed AV over IP switch.

“It is great to be back in Amsterdam meeting with our European integrators,” says Tod Musgrave, Director of Cameras for Marshall Electronics. “Ever since we launched our first NDI cameras back in 2016, we understood that while NDI brought great benefit to our IP cameras, we knew starting with high performing sensors and faster processors would give Marshall an advantage. Now, with the transition to NDI|HX3, we have greatly enhanced the NDI|HX performance in more challenging network environments while nearing full-NDI latency and lossless video quality. We plan to convert all of our NDI|HX cameras to NDI|HX3 through the remainder of this year and early next.”

The Marshall CV730-ND3 will now incorporate the benefits of both NDI|HX3 and standard IP (HEVC) streams. Available in white and black, the CV730-ND3 cameras are scheduled to be available later this year. Marshall also carries several NETGEAR M4250-series and M4300-series AV over IP switches with NDI configuration built-in making it easy to setup with Marshall NDI cameras.

For over 40 years, Marshall has been a trusted provider of high-quality and reliable video, audio and multimedia systems for broadcast, pro A/V, pro audio, UCC and OEM applications worldwide. Marshall is dedicated to supplying hi-tech markets with innovative cameras, format converters, monitors, switchers and production equipment at great value without sacrificing quality or reliability. For more information, visit www.marshall-usa.com.