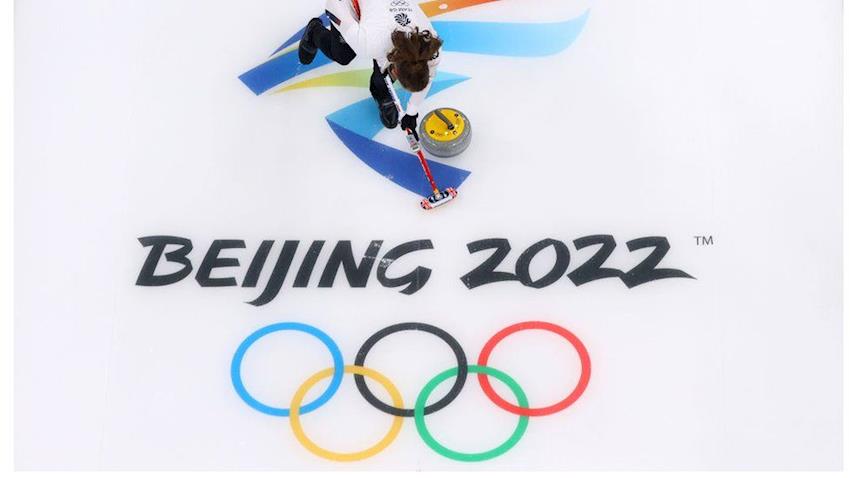 NBC Sports has selected Canon U.S.A., Inc. to provide broadcast lenses for its production of the XXIV Olympic Winter Games, from Beijing, China, February 2–20, 2022. The announcement was made today by Chip Adams, VP of Venue Engineering, NBC Olympics, and Kazuto Ogawa, President and CEO of Canon U.S.A., Inc.

NBCUniversal provides coverage of the 2022 Olympic Winter Games from Feb. 2-20, featuring a Winter Olympics-record 2,800+ hours of coverage across NBC, Peacock, USA Network, CNBC, NBCOlympics.com and the NBC Sports app. The Opening Ceremony was presented on Friday, Feb. 4, live in the morning and again in primetime on NBC and Peacock. Similar to recent Winter Games, NBC's primetime Olympic coverage began the night before the Opening Ceremony on Thursday, Feb. 3. Coverage began on Wednesday, Feb. 2, on USA Network and Peacock. NBCUniversal is presenting its 18th Olympic Games, 12th consecutive overall, and sixth straight Winter Games, all the most by any U.S. media company.

NBC Sports will utilize a broad array of broadcast lenses, including the UHD-DIGISUPER 90 long-zoom field lens to provide outstanding 4K UHD imagery. 4K and HD lenses will be used in studio and at venues in Beijing, allowing viewers to see NBC Sports' presentation of all the action in spectacular fashion. In addition, service technicians will be on-site in Beijing to ensure that every piece of equipment is in peak operating condition at all times.

"As we expand our production of the Winter Olympics in HDR, Canon has the lenses that let us capture the rich, dynamic images from the venues, some in very challenging winter conditions," said Adams. "NBC Sports also utilizes their support, guaranteeing we will always have the 'shot' to convey the excitement and emotion of the competition. We welcome their continued support of our production of the Olympics."

"We are honored to once again be chosen as the broadcast lens provider for NBC Sports' production, and to have them utilize our finest broadcast digital imaging solutions," said Kazuto Ogawa, president and CEO, Canon U.S.A., Inc.

ABOUT NBC SPORTSNBC Sports connects people to the moments that matter most and serves sports fans 24/7 with premier live events, insightful studio shows, and compelling original programming. The sports media company presents premier content across linear platforms NBC, USA Network, Golf Channel, and Olympic Channel: Home of Team USA, as well numerous digital sites, including Peacock. It also consists of NBC Sports Next, a subdivision of NBC Sports and home to all NBCUniversal digital applications in sports and technology within its three groups: Youth & Recreational Sports, Golf, and Betting & Gaming. NBC Sports possesses an unparalleled collection of media rights agreements, partnering with some of the most prestigious sports properties in the world: the International Olympic Committee and United States Olympic and Paralympic Committee, the NFL, NASCAR, INDYCAR, PGA TOUR, The R&A, PGA of America, USGA, Churchill Downs, Premier League, Tour de France, Roland-Garros, and many more.

About Canon U.S.A., Inc.Canon U.S.A., Inc., is a leading provider of consumer, business-to-business, and industrial digital imaging solutions to the United States and to Latin America and the Caribbean markets. With approximately $30.6 billion in global revenue, its parent company, Canon Inc. (NYSE:CAJ), as of 2021 has ranked in the top-five overall in U.S. patents granted for 36 consecutive years† and was one of Fortune Magazine's World's Most Admired Companies in 2020. Canon U.S.A. was featured in Newsweek's Most Loved Workplaces list for 2021, ranking among the top 100 companies for employee happiness and satisfaction at work.  Canon U.S.A. is dedicated to its Kyosei philosophy of social and environmental responsibility. To keep apprised of the latest news from Canon U.S.A., sign up for the Company's RSS news feed by visiting www.usa.canon.com/rss and follow us on Twitter @CanonUSA.

† Number of patents for 2021 are based on figures released by IFI CLAIMS Patent Services. Figures for 2005 to 2020 are based on information issued by the United States Patent and Trademark Office.