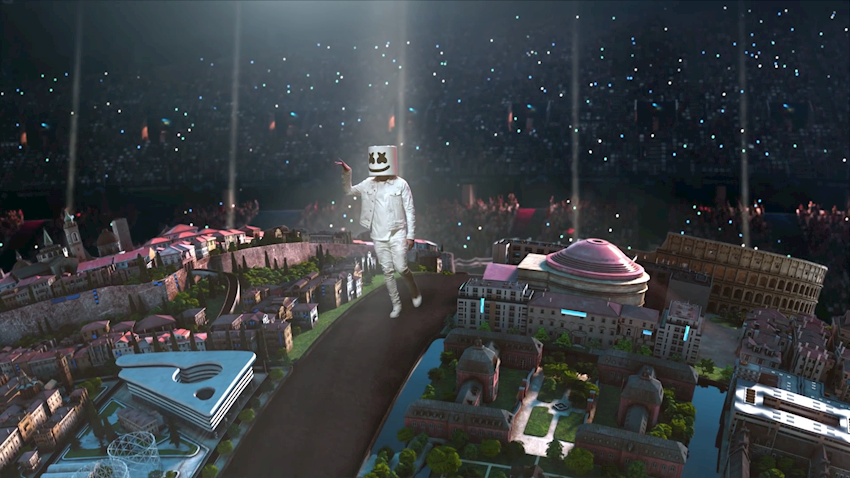 The project was produced and coordinated from Los Angeles, involving more than one hundred professionals in filming, including the technical crew, artists, dancers and musicians. The creative concept for this stunning piece was developed by British artist and set designer Es Devlin, known for designing the show for the last Super Bowl®, as well as for some of the most recognized names in the music industry. Spanish company MR Factory was in charge of Virtual production, 3D set design, VFX development, color grading and finishing of the project starring artists Marshmello, Selena Gomez and Khalid.

“Meticulous planning and extensive pre-production were essential as we were not able to be on-set due to the pandemic-related travel restrictions,” shared Sergio Ochoa, VFX

and Virtual Cinema Supervisor at MR Factory. Performance and choreography were shot in Los Angeles, which is where the production crew were based. However, post-production was dispersed throughout several different cities in Spain with the exception of rotoscoping, which was carried out in Romania.

When the post team of nearly 80 team members, coming from several different companies, thought that their work was nearly done, UEFA changed the location of the match from Istanbul to Porto. “Less than two weeks before the delivery deadline we literally needed to start everything from the beginning and do our best to adapt the piece to Portugal and Porto stadium,” tells Ochoa.

The move to Porto and having only two weeks to re-do the project, including building the new stadium and Porto city in 3D, almost made it unthinkable to actually broadcast the piece. However, in the end, the team of dedicated professionals achieved the almost impossible and delivered a spectacular show to more than 350 million worldwide viewers.

With many different technologies involved in the pipeline, creators needed a powerful solution to act as the centerpiece of the project. Shot on Sony Venice in 6K, the project was delivered in HDR 4K 50 fps, said Jesús Rodríguez Calvo-Parra, VFX Coordinator and Colorist. “Being able to integrate all the different pieces and keep several different versions in an unified environment, Mistika’s unique infinite and unrestricted Timespace was truly a life-saver, allowing us to make all the necessary adjustments in a completely

non-destructive way.” To be able to manage the heavy high-resolution files combined with numerous 3D shots, the team at MR Factory was equipped with several workstations powered with ten RTX 3090 GPU’s, each to be able to render the CGI with Octane Render.

Among many innovative workflow techniques deployed during the creation of the performance, was Artificial Intelligence, being applied for motion capture that was also used later for VFX. “Movement tracking with AI enabled us to produce up to one minute long animation per day. This technique was used to replicate dancers, create shadows and other objects to achieve the complete integration of all pieces originally shot separately in a 3D environment,” explained Ochoa.

SGO is a Spanish high-end technology company with decades of experience in developing and integrating high-end post-production solutions. Their award-winning post-production turn-key solution Mistika Ultima has achieved market notoriety for developing customized post tools and workflows for many of the industry leaders all around the world. Built on years of research, development and production experience, Mistika Technology empowers users with new levels of creative power, performance, and efficiency in HDR, UHD/4K, 8K, S3D and VR workflows. 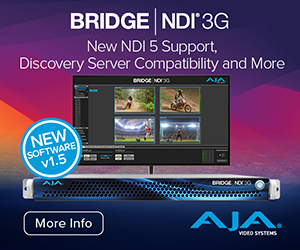