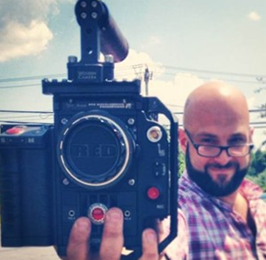 We were able to get Jason DeSimone’s take on 4K’s pros and cons. His team specializes in shooting and finishing projects in 4K and assisting in RED workflow for clients that do not have the post resources to work with R3D files.

First off, do you think 4K is here to stay, or just a passing trend?

This is one of those questions that always makes me chuckle a little bit inside (mostly because I've been hearing it asked for the past 4-5 years. When the REDONE was released 2 years before that, the question was, "Will 4K ever catch on?"). It is my belief, which is based on the belief of individuals much smarter than myself that 4K will prevail as the new resolution standard and will remain so as long if not longer than 1080.

What do you see as the pros and cons to 4K?

Let’s start with a few pros of 4K capture:

First and foremost having more pixels translates into more detail and a sharper image. Even when finishing a project for 1080 delivery you have more pixel density, so while the viewer isn't seeing a "true 4K" image, you are still delivering a more detailed image than you would be had you captured at 1080 or 2K.

A major benefit of 4K is what many people refer to as "future proofing" while 4K delivery is still a bit down the road (a con I will discuss a bit more later) it is certainly coming. 4K TV's and displays are coming down in price and becoming more widely popular month by month. That being said, if I shoot a project for a client in 4K and we deliver at 1080 now, I still have the ability to re-export from the source files should the client want to deliver in 4K down the road.

Another benefit to 4K capture comes into play during the post process. Having more information behind the image we are working with means more pixels for our software to "sink it's teeth into". This added resolution is also the holy grail for integrating digital effects more seamlessly into our projects.

A simple, but hugely valuable benefit offered by 4K is also the ability to reframe a shot I may not be 100% happy with in post. On more than one occasion I have been able to save an edit by pushing in on a frame without losing anything on the resolution end when delivering 1080.

More resolution = more data. While having all these extra pixels is beneficial in many ways, they have to be stored somewhere. This equates to additional drive space to accommodate storage, which can certainly add up when it comes to cost.

In addition to storage, working with 4K files is more process heavy and can bog down a system that had no trouble chewing through HD footage. In the early 4K days there was also a bit of a lag on software being able to seamlessly work with 4K footage. While things may not yet be perfect at this, I consider this a minor problem at this point. Most editing software has added 4K support and there are very few workflow constraints compared to even 18 months ago.

The last "con" I'll mention is one that I don't necessarily see as a very big problem. I do feel it important to mention however because it tends to be one of the main arguments against 4K (and has been since the start). This is the issue of delivery, "What's the use of capturing 4K when there is no way to view it". As of now, there aren't many places consumers can actually view 4K content (discussed more in question #4). In my opinion, this is just a temporary drawback. There are a lot of big players in the media and tech world working on solutions for 4K delivery and it won't be long until consumers will be able to really take advantage of their 4K TV's/Displays. 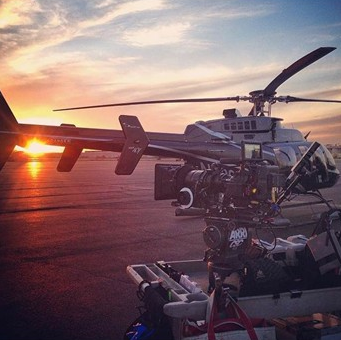 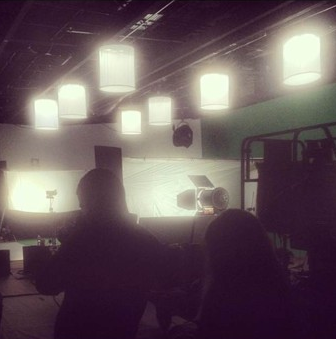 What 4K equipment do you use for your production and which would you recommend to others?

I was an early adopter of RED Digital Cinema's camera systems, and in all honesty I attribute the growing popularity of 4K in general due to their unwavering belief in the future of 4K. They have been pushing 4K since 2007, well before many of the big players would even acknowledge it. The majority of my projects were shot on RED EPIC (5K capture) and my last project was shot on the RED EPIC DRAGON which now captures 6K.

On the software end, the majority of my projects are edited in Adobe Premiere or Avid, and graded in either Blackmagic's  DaVinci Resolve or Assimilate Scratch.


Where are viewers or consumers of media most enjoying the 4K experience?

As of now to enjoy true 4K content most folks will need to get to a theater that has a 4K projector. While there are more and more 4K TVs hitting the market, there aren't many ways to get the content to those displays. YouTube offers some 4K streaming content, but its highly compressed and currently in it's infantile stages. Despite that fact, there is a race to get 4K content to the homes of consumers. I don't think it will take but another year or two until we see outfits like Netflix and Sony offering ways for people to get their eyeballs on 4K goodness.

Why do you choose to shoot in 4K and what difference has it made?

For me there are so many reasons that I chose to jump on the 4K bandwagon and never look back. It was clear to me early on that this was much more than just a passing trend. Seeing an image on a monitor the first time I was on set with a REDONE I was pretty much sold, then after seeing what could be done with that footage in post there was absolutely no question.

As I mentioned earlier, more pixels allows for much of the post software we work with to do it's job more effectively. When using tools to sharpen, de-noise, or stabilize footage it's amazing what can be done with 4K,5K, and 6K resolution. It also allows for more effective and seamless integration of digital effects and motion graphics which translates to added creative options as a producer/director.

Regarding the difference 4K has made for me, I'd say that it has opened up a realm of previously unavailable possibilities and in turn I've been able to create a more visually impressive finished product. In addition, knowing these capabilities in pre-pro can have an effect on creative planning before the camera beings to roll.

Jason DeSimone has over a decade of experience in Film, TV and commercial  production in the New York, Miami, and LA markets. In 2008 Jason made the  transition from working as an assistant director to producing and directing his own content with a focus on music, sports, and fashion.
Visit company website