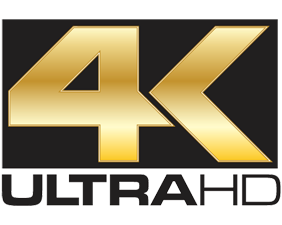 I was delighted when the folks at 4KHUB asked me to contribute an article to their launch. Because I have opinions about this. You can call me a skeptic, but from my perspective, this 4K business is not the solution to world peace, nor perpetual prosperity. (And, as an aside, for this article, I’ll use the term “4K” to mean all image sizes larger than 1080p HD.)

Based on the new products I saw introduced at NAB last April, camera manufacturers are stumbling over themselves to launch 4K cameras. There’s a whole lot more momentum behind 4K than I ever saw with stereoscopic 3D.

And, yes, cameras like RED have been shooting 4K, 5K, now 6K for years. And NHK has announced plans to demo 8K in a broadcast environment in the next year or two.

So it seems reasonable to assume that in the not-to-distant future, many of us will have access to high-resolution images for editing. My question is: Now what?

What are you using 4K for? And, more importantly because we all need to earn a living with this somehow, what are your clients willing to pay for?

For example, are you shooting 4K for image quality?  Or to provide more flexibility during editing? For distribution? Because the client requires it?  Or… “just to be safe?”

Much has been written and said about all of these, but we are running a business here, which means that just because its a good idea doesn’t mean we can make a dime with it. So let me just summarize key points:

ITS MORE THAN PIXELS

Image quality is more than just the pixels in the image. It is a combination of total pixel count, compression codec, frame rate and bit rate.  Studies by Panavision have shown that uncompressed 2K images look "better" than compressed 4K images.

Which means that simply shooting high resolution images, without also using a high-resolution codec, is not going to yield the results you expect.

And, as a side note, most video lenses are not designed for high-resolution images. If you are using a lens designed to shoot still images, or a lens designed for the extreme low-resolution of standard-definition video, piling all the pixels you want into the image is not going to look as good as using a high quality lens.

Just thinking about high-resolution images reminds me of a recent conversation with an actress who was concerned with close-ups at 2K resolution.  Actors wear makeup for a reason. Imagine a close-up with four times the resolution. At what point does too much detail provide too much information?

One of the sad truths of shooting in the digital age is that most directors don’t plan their shots. Since shooting digital is "free" compared to shooting film, many directors shoot wide using high-resolution images, rather than frame the shot for the close up the script actually requires.

The benefit is that you can reframe the shot in post. However, zooming into an existing frame (assuming you don’t enlarge it past 100%, which always degrades image quality) does not give the same look as:

One of the most powerful creative choices a director makes is camera placement and lens angle. Zooming into an existing clip removes this entire creative option.

Sigh, and I won’t even begin to comment on the current trend that higher shooting ratios equals higher story content.

Also, 4K images, assuming you are editing them in uncompressed, RAW, or other high-quality codec are 4 TIMES bigger than a 1080p image. This means massively large RAIDs with significant bandwidth. At least Thunderbolt 1 speeds or better.

So, if you are looking at your two-drive RAID and wondering if it is ready to edit 4K uncompressed video, the answer is NO!!!

4K requires massive storage with very fast data rates feeding into fast computers. And the computer is the least of the issue. Any current Mac can edit 4K video. Very few RAIDs are fast enough to support it.

So you decide to shoot and edit a 4K project. How are you going to distribute it?

Most digital projection - except for Sony theaters - is 2K, so a theatrical audience won’t see it. And, to quote more research from Panavision, if you project a 4K image in a standard movie theater, the audience would need to sit within ten feet of the screen in order to see the perceptual difference between 2K and 4K images.

Broadcast and cable are locked for the foreseeable future into a maximum image size of 1080, so they will down-res your beautiful high-res images into something they can transmit.

How about the web?  Well, how many of your friends are watching YouTube videos on a 4K monitor?  Right, none of them.

Which means that your beautiful 4K project will get compressed down to a 720p image so that the vast YouTube audience can watch it.

I’m not saying 4K won’t happen. It will. Our industry is always looking for "the next big thing."  But you need to go into high-resolution video with your eyes open and asking the right questions:

* What do I REALLY need to shoot this and make it look good?

* What do I need to do to upgrade my editing system to support this?

* How will I distribute the final project?

* How will I archive all these media; which will span multiple terabytes?

And the biggest question of all:

* How do I make money with all of this?

In today’s market, with razor thin margins and competition sprouting like weeds in a back lot, taking time to think over the issues can save you a ton of remorse later.

This is why I’m pleased to be writing for 4KHUB. Nobody has all the answers but, this is a good place to work together to figure them out.

Meet Larry Jordan, an internationally-renowned consultant and Apple-Certified trainer with over 35 years experience as a television producer, director and editor with national broadcast and corporate credits. His informative and entertaining teaching style provides video and film editors around the world with unique editing techniques, methods and resources to increase productivity and enhance their skills.

Jordan is also the executive producer and host of the weekly interactive Internet radio show and podcast, Digital Production BuZZ, covering everything you need to know about digital media, production, post-production and distribution now and in your digital future.