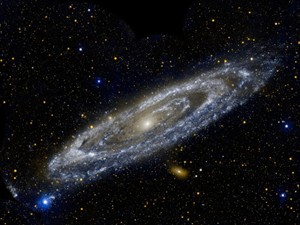 Space is a big place. The vast distances between our curious selves and other planets and galaxies make witnessing the splendours and mysteries of our universe frustratingly difficult for most of us mere mortals. For the vast majority of people, their only ‘close up’ view of the majesty of space comes form the occasional stunning photograph taken by deep space satellites, martian rovers or comet cling-ons. From November 1st, though, NASA is going to leverage the huge leap in video resolution introduced by the arrival of 4K UHD technology to share its exploration of the final frontier with the whole of North America via a new UHD TV channel.

Developed in partnership with video delivery infrastructure company Harmonic, NASA TV UHD will be able to deliver linear 3840×2160 resolution at 60 frames a second, showcasing “the breathtaking beauty and grandeur of space” via video captured from the International Space Station, other current NASA missions and even remastered footage from historical missions.

What’s more, NASA’s intention is to make all this potentially mesmerizing footage available on North America’s first commercial-free 4K UHD TV channel. Harmonic – which has a Space Act Agreement with NASA’s Marshall Space Flight Center in Huntsville, Alabama – is currently in discussions with pay TV operators to carry the channel on satellite, cable and optical networks, but crucially the channel will also stream on the Internet. People with poor broadband connections should take note, though, that NASA reckons you’ll need at least Mbps of streaming bandwidth to enjoy the UHD images.

Peter Alexander, Chief Marketing Officer at Harmonic, has this to say of the upcoming channel launch: “As NASA reaches new heights and reveals the unknown, the NASA TV UHD channel can bring that journey to life in every home. And as organizations at the forefront of innovation, together we are leading the adoption of this exciting technology.”

The new NASA TV UHD channel follows  the June launch of high definition feeds shot using 4K UHD cameras installed on the by Vancouver-based imaging startup Urthecast, and shows how UHD’s eight megapixels of resolution has the potential to be much more than just a way of enjoying better TV picture quality.