Catch up on our interview with Barry Sandrew (pictured here) to learn where the founder of Legend3D thinks the future of 4K is headed. 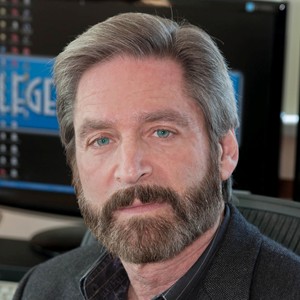 Can you tell us a little bit about the company, and who some of your past clients have been?
Legend3D started out as a colorization studio in 2000. We colorized feature films for most of the major studios as well as CBS and HBO. We also colorized about 100 public domain films for our own library. In 2007 I saw digital 3D for the first time and honestly saw the future of entertainment. Almost immediately, I turned all of my R&D toward 2D-to-3D conversion and targeted the summer of 2009 to have a working process, so I could be ready for Avatar. It was clear Avatar was going to be a game changer and I wanted to be ready for it. Immediately after the release of Avatar, Legend3D was awarded the 3D conversion of Alice in Wonderland. We then won the conversion of Shrek, Shrek 2 and Shrek the 3rd. Transformers followed that and the rest is history. We’ve been converting many of the biggest tentpole films that have been released since Avatar.
Do you think 4K is going to make a huge impact on how films are created, or do you think it’s over rated and will be old news after 6 months?
4k has and is being used by filmmakers, but the full capture resolution is rarely if ever used. The captured footage is scaled down typically to 2K. The real question is whether 4K will be popular with consumer and whether it will make a difference in their viewing experience. Most theaters around the globe can’t display 4K, so the real question is whether it will be available in the home.

4K is definitely here to stay, but 4K alone will not sell TVs. We don’t hear much about 3D TVs anymore because the technology has asserted itself in the marketplace. It’s difficult to buy a big screen TV today that isn’t 3D-enabled, even if that was not a feature with influencing the purchase decision. The fact is, 4K enhances 3D and 3D enhances 4K. When 3D is displayed on 4K TVs that require passive glasses the resolution ensures that the viewer sees full resolution in each eye.

Television manufacturers are pushing the idea that you have to sit closer to the screen to appreciate 4K. Personally, I don’t want to be restricted in either the location or the way I watch TV. If I have to be closer to the set to appreciate the higher resolution, then I don’t consider it an advancement nor an improvement.

There are technologies that have used 4K as a rationale for their continued existence. One in particular is autostereo or glasses free 3D TV. Unfortunately, 4K will not make autostereo (glasses free) TV better because lenticular 3D technology is inherently flawed. It will take an entirely new approach toward glasses free 3D TV for it to become viable and I don’t see that happening in the near future. The thing that concerns me most about the autostereo hype is that it tends to confuse the consumer. Many consumers have heard the hype and think that autostereo TV is either here now or that it’s imminent. The fact is it’s neither.

While 4K was extremely prominent at NAB this year, the mantra heard everywhere was, “we don’t want more pixels, we want better pixels.” I totally agree and have been promoting higher quality imagery rather than simply higher spatial resolution. Indeed, the next big thing in consumer display technology is high dynamic range (HDR). I’ve viewed a 2K HDR TV next to a normal 4K TV and even an 8K TV and there was no contest. The 2K HDR blew me away. It was far superior and it will make 4K TV significantly better. To appreciate the extreme high quality that HDR TV creates, it doesn’t matter where you sit. The quality uptick is that significant.

The bottom line is: After seeing a lot of 4K, I feel I can live without it. But HDR is different. Once you see an HDR TV, you can’t imagine watching TV any other way.
Where are viewers or consumers of media most enjoying the 4K experience? What’s the real-world 4K experience?
There are 4K TVs out there that are selling. Some are 3D and some are not. I don’t think we have enough data at this time to be able to assess consumer reaction to 4K. Except for IMAX, very few theaters have 4K projectors.

Historically, every major technology improvement in television has caused theater exhibitors to worry about competition from the home TV. It happened when color was introduced, then high definition and now digital. With the introduction of UHD and HDR, the exhibitors should be justifiably concerned. For the first time there will be real competition between the family room entertainment center and the neighborhood theater and the family room is likely to win out. I consider this a positive thing in the long run for both the theatergoing audience and the exhibitor. It will incentivize theater owners to install the latest laser projectors (such as Christie, Barco, NEC), which will dramatically improve the foot-lamberts or brightness of the screen, significantly improve the resolution and allow for the introduction of high dynamic range. When the same technical advances are present in the home and the theater, I believe the exhibitor will win out.
On the post side, are all editing platforms equally serving 4K, or are some better than others?
Most editing platforms are 4K ready and Legend3D, like some of its competitors, have developed 4K pipelines for 3D conversion and visual effects. However, I think full 4K production and editing will be a niche process for the near future. 4K is not essential to create an engaging feature film experience. It will likely be used as a creative option.
Anything else you would like to add? Where can readers learn more?
There’s a good deal of current information and analysis regarding 4K, 3D, UHD and HDR in my blog, bsandrew.blogspot.com.
Would you like to know more about Barry Sandrew?
Barry Sandrew, Ph.D. founded Legend3D, Inc., and is an internationally recognized visual effects pioneer and digital imaging expert with more than 14 VFX patents and 23 years of feature film and TV experience. In 2001, he developed the Company’s technology for the original patented digital systems and processes for colorization which he then later utilized as the platform from which he created Legend3D’s proprietary 3D conversion software. He was previously the co-founder and Chief Technology Officer of American Film Technologies (AFT), a pioneer colorization company and utilizing his patented technology, AFT colorized more than 200 motion pictures, 170 television programs and 90 animated cartoons under his management, accounting for over 80% of colorized product worldwide. After leaving AFT, Dr. Sandrew was a founder of Lightspan, Inc. in 1993, one of the largest educational software companies in the U.S. From 1978 to 1986, Dr. Sandrew was on the faculty of Harvard Medical School where he established three laboratories in neuroscience, including the first Neuroscience Imaging Laboratory in the Department of Radiology centering on MRI, CAT, and PET imaging of the brain. He also served on the staff at Massachusetts General Hospital and Columbia University, College of Physicians and Surgeons. Learn more about Barry Sandrew by visiting http://bsandrew.blogspot.com/