Video Editor + Colorist, Denis Ogorodov, shared his thoughts on 4K/8K workflows + color grading production workflow through examples of his own work in documentaries such as The Donut King, as well plenty of commercial and sports work. 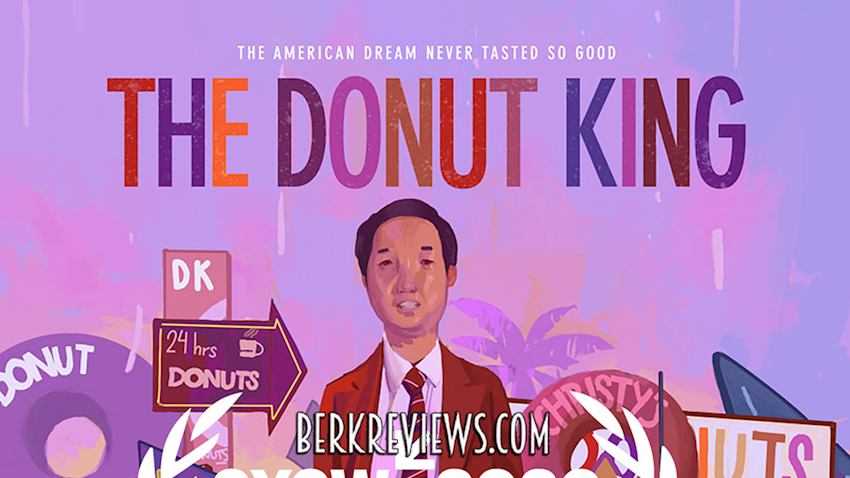 Is there a difference between 4K/8K/12K? Can you talk about what each of these actually means?
Yes, 4K, 8K and 12K are three different pixel resolutions. 4K stands for “four thousand pixels,” which is usually short for 4K UHD (Ultra High Definition). 4K is rounding up the horizontal pixel count, which for 4k UHD is 3840 horizontal pixels and 2160 vertical pixels. Unlike 1080p, 720p, and 480p, which use the vertical pixel resolution as its naming “label”; starting with 4K, the horizontal resolution is used instead i.e. 4k = 3840(w) x 2160(v), 8k = 7680(w) × 4320(v), and 12k = 11520(w) x 6480(v). There is also a difference between 4k UHD and what is colloquially referred to as “Native 4k” or “True 4k,” which is 4096 (w) x 2160 (v). This wider frame is usually the preferred and default settings in cameras as well as cinema projection (DCI) standards. It scales to 8,192 x 4,320 and 12,288 x 6480 for 8K and 12K respectively. You can see that the vertical resolution stays the same, but the frame width increases in each instance.
How does it enhance a production and viewing experience?
Resolution is only part of what determines the quality of the image, alongside bitrate, codec choice and the level of compression. Generally speaking, the larger the resolution or “canvas size” of the image or video, the more pixels and information you have to work with. This is a double-edged sword of course, as while it does provide significantly more data to work with, it is also much more computationally demanding. Additionally, it can dramatically increase render times and storage needs both during production (camera memory cards, hard drive back ups) and post production (hard drives, servers, render times, labor).
Your documentary “The Donut King” is a great example. Can you talk about the workflow process and what that looked like?
The Donut King is a documentary that was filmed over the course of several years, using multiple different cameras and formats, as well as archival footage and still imagery. This was necessary to the organic process of capturing a real life and still-developing story. Like many documentaries, the story was built in the edit and took months of work, after which it was decided that the film should be delivered in 4K. I was brought on board to help consolidate the workflow and to take the 1080p edit and upres it to 4k using the source footage, and finish the film in 4K. While 4K is no longer as difficult to work with as it was a decade ago, it did provide a challenge when it came to scaling and adjusting the many different formats we were working with, all while racing to meet festival deadlines.
What were some of the challenges with color grading, if any?
Olio Creative worked on color grading the film, and had the mammoth task of color grading thousands of shots in a very tight turn around. My job was to make their life as easy as possible; first to deliver to them a streamlined, easy-to-process timeline with everything they would need (while keeping the project manageable), then once they were done with color grading, to match their work with pending archival footage that might be replaced during the arduous licensing process of any documentary film that uses archival footage and other third party resources.
How did you resolve them and end up with the final product?
First was organizing the project in such a way that it did not impede anyone’s workflow. Unfortunately there are no shortcuts for this part of the process, but it is crucial to keep the project structured and organized. You have to be disciplined and consistent, so that no matter who was working on the project they could easily find what they were looking for and hand it off to the next artist with ease.

Second was moving the project from Adobe Premiere to DaVinci Resolve. This allowed us to avoid rendering the project when sending it to Color as well as after it was color graded. This flexibility of changing the edit without being worried about dealing with baked renders was crucial to meet the tight deadline, as well as any cutdowns of the film needed for promotional material.

The other advantage of working with a streamlined project in DaVinci Resolve was that once the pandemic hit, it was relatively easy for me to copy everything over to a DAS (Direct-Attached Storage) and work remotely, while keeping a mirror copy of the project on a NAS (Network-attached storage) safely in the office.
You implement this workflow with some of your commercial and sports work. Can you talk about some specific examples?
In the commercial world we are mostly working in 4k resolutions when finishing the spot, but a lot of the camera source footage is now shot in 6k, 8k and yes sometimes 12k. While computationally intensive, due to the short nature of commercials it is a lot less daunting to finish a short form project in 4k or even 8k, than it is to finish a film in 4k. A 30-to-90 second spot can be quickly cached on a large SSD (Solid State Drive) volume and played back in real time even if you are working with 12k raw source files.
How have these workflows enhanced your projects?
Working at higher resolutions has many advantages - mostly it gives you a lot more data to work with: Scaling, sharpening, noise reduction and to a certain extent even color information when dealing with more compressed formats or low-light environments.
What do you think the future of 4K/8K looks like?
4K is here to stay - as of 2020, almost 50% of North American households own 4K TVs and consume 4k content (source). Services like Netflix do allow users to stream 1080p films (for internet bandwidth) but require all new content to be delivered in 4k UHD.

While there are a few 8K TVs available today, they are mostly novelty devices as there is not nearly enough 8K content out there, not to mention the exorbitant price of these 8K TVs at the moment. We are much more likely to see wider HDR support in the coming years, as well as higher frame rates for interactive content like video games, before a big resolution push for 8K content.

In post production, however, 8k source footage is not uncommon, as it allows the post production team to re-scale and stabilize footage without losing any quality, as well use these higher resolutions in 4k timelines to when needed oversample footage to create striking images.
The widespread use of Solid State Drives (SSDs) in modern laptops, new video game consoles, and PC workstations has also made it much easier to playback larger formats. Built-in CPU and GPU technology has also allowed hardware acceleration to dramatically lighten the computational stress of higher resolutions as well.