The Vitality of Creating & Supporting 4K Content with Joel Holland

Seven years ago VideoBlocks started producing 4K content and now others are starting to make the transformation. Joel Holland, Founder and Executive Chairman of VideoBlocks explains the vitality of creating and supporting 4K content. He believes that 4K is the future for technology and will become the new norm for the tech hub since UHD is already fading and advises companies to shoot in 4K rather than UHD since 4K resolution can be “bumped” down rather than trying to “bump up” HD content to 4K quality. 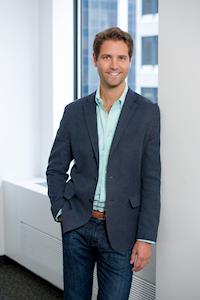 Will the quality of viewing in 4K substantially be better to persuade companies to change? How different is the quality?
Production side: 4K is four times better resolution than HD. It is similar to the jump made from standard to High Definition. Once everyone has fully made the move to 4K, no one will go back to UHD. I think everything should be shot in 4K, you should source in 4K, not HD.
Will budget be a factor for creating 4K content?
All technology seems to be moving forward [progressing] to the point where shooting and editing will be better than doing it in HD. Premier and Adobe Cloud can edit 4K and most cameras can shoot in 4K. 4K takes more space to store, but the cost of storage space has lowered so no, there is no big budget when adding 4K to creating 4K content.
Is 4K really the future or will other technology surpass it?
4K is the future of now. Technology is always progressing so when you fast forward many years from now, it will become 8k, etc. Resolution will improve as technology does. This will take a long time to happen but because of adoption, not necessarily because of technology.
Are there any threats to 4K technology?
No, because unlike 3D which turned out to be a fad because people didn't care enough to be buy the equipment, but people are buying 4K equipment. Next time you buy a TV, it will probably be 4K since UHD is fading.
Do you advise businesses to start converting their technology to be 4K compatible?
Yes, starting now any new purchase of a camera or editing system will be 4K. Buy technology that supports and shoots in 4K. I personally shoot in 4K and we [videoblocks] make it available in 4K and HD. Right now, most people are using HD from videoblocks though.
How much more expensive will it be to buy a TV in 4K compared to a popular TV bought today?
Eventually it will be exactly the same price. In the beginning the price is higher since they know early adopters will pay it but then they bring down the price. It’s already happening. By christmas UHD may be on clearance and then every TV will be 4K.
Does 4K have any other features that makes it stand out aside from having better resolution?
No, that's the main selling point. It supports a much larger viewing screen and has a crisper view, so TV monitors will get bigger. You will start to notice people having a bigger screen in their living room, since watching 4K on a bigger screen makes sense. It will become the new norm.
How does the transformation to 4K work? Do viewers have to buy a new TV or do companies, such as Netflix, have to change their software?
It has to have been shot and distributed in 4K to watch it on 4K. There isn't much 4K content right now. The next step: We need broadcasters to start using 4K content and right now Netflix is one of those that has resonable 4K content.
Right now, what do you suggest for viewers to watch in 4K? Anything?
Nature/outdoor shots because of the vibrant colors. A herd of buffalo looks incredible. Action movies and explosions will look extremely incredible as well.
Any last comments?
This is the year for 4K! VideoBlocks started offering stock 4K seven years ago, way ahead of time. It has to be shot in 4K and then reduced to HD rather than trying to make HD 4K. Making HD 4K is done by adding data, but it will not look the same.
About Joel Holland
Joel Holland is the founder of Video Blocks, a company that distributes over 1,000,000 clips of royalty free stock video and audio each month to over 100,000 customers in the television and video production industry, from professional outlets like NBC, to hobbyists and enthusiasts. In 2012, Video Blocks was named the fourth fastest growing media company in the US by Inc. Magazine, and made the Inc. 500 list. For his work with Video Blocks, Joel has been named one of the "Top 25 Entrepreneurs Under 25" by BusinessWeek Magazine, "Young Entrepreneur of the Year" by the United States Small Business Administration, “Entrepreneur of the Year” by Ernst and Young for the Greater Washington DC Region, and made Inc. Magazine’s prestigious “30 Under 30” list in 2013. He graduated Magna Cum Laude in 2008 from Babson College, a school ranked #1 for Entrepreneurship by US News and World Report. Joel resides in Washington, DC.