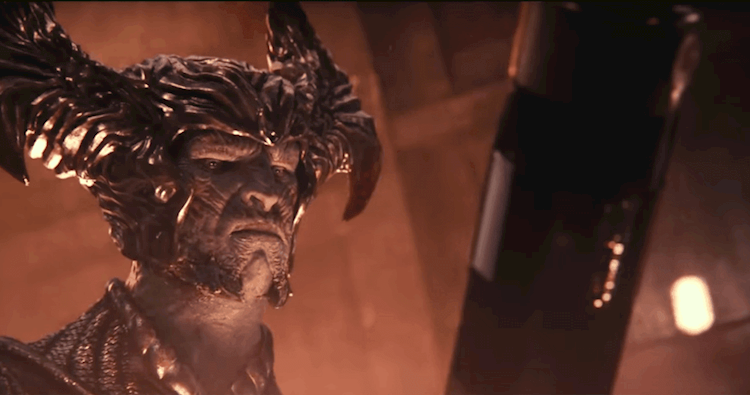 Interestingly, actor Ciaran Hinds never stepped foot on set in the role of Steppenwolf. Rather, the performance was pieced together via numerous motion capture shoots taking place elsewhere, each adding another layer to his evil persona.

Leading motion capture provider Animatrik was brought on board to build a specialist stage on the Universal lot last November for this very purpose. The team coordinated an isolated, six-day shoot; providing the motion capture and virtual cinematography that made Justice League possible.

“The main focus was on Steppenwolf, but we also delivered on a number of other shots,” recalls Brett Ineson, president and CTO of Animatrik.

“It was a fantastic opportunity to work closely with director Zack Snyder, as well as the film’s producer, VFX supervisor and director of photography. It was an intimate, creative moment, with big results up on screen.”

In Justice League, would-be world conqueror and lieutenant of arch-villain Darkseid, Steppenwolf, unleashes an army of parademons on Earth so dangerous it forces the superheroic DC icons to team up.

A wide assortment of technology was used to deliver these lifelike replications of Hind’s performance, with different solutions tracking different elements of his physiology, as Brett explains:

“Animatrik recorded subtle body movements and facial expressions alongside our partner DI4D. We used a Technoprops helmet to capture the actor’s face with stereo pair, and then did surface reconstruction with the DI4D system. Then we used OptiTrack Prime 41 cameras to capture the body and the LEI/Giant system to solve it in post.”

Animatrik’s work on the shoot was actually less focused on action-packed fight scenes, as was the case in David Ayer’s Suicide Squad, and more about focusing in on performance detail.

Gloating. Monologuing. It's what villains do — and Animatrik’s job was to make sure Steppenwolf looked good doing it.

“The stunts we captured were quite minor — just falling down and a little bit of weapon swinging,” says Brett. “We were focused a lot more on character movement, walk and talk moments – the more intimate side to a supervillain’s performance.”

Working away from the chaos of practical film set, and within the more ordered confines of the isolate motion capture set, Brett and team were able to place all of their concentration on Steppenwolf, leaving the director with less to worry about. Zack Snyder could instead keep his attention on the subtle expressions and gestures that bring out Steppenwolf’s personality.

“With mocap there’s no real interactions, or waiting for lighting, or anything like that,” explains Brett. “That left the director free to focus on developing the character, without having to triple-check environment and props and support staff are on point, so he could really pull out an emotive performance that draws people into the scene. We were able to get it all done across that shoot with time to spare, and no reshoots."

Although working with a small and focused crew, the Justice League’s motion capture team worked with focus and efficiency — something that can be lost with sprawling team sizes.

Animatrik was able to seamlessly integrate with staff at the Universal lot, adapting to the director’s vision and consulting on best motion capture practices where necessary. The shoot, originally scheduled across eight days, ended on the sixth.

“It was a chilled, relaxed shoot,” concludes Brett. “We had the time, there was no need to panic and it was a small crew. We really knew what the director was looking to get, and we were focused on getting it. That resulted in great, emotive facial performances, from the worst villain these heroes have had to face yet.”