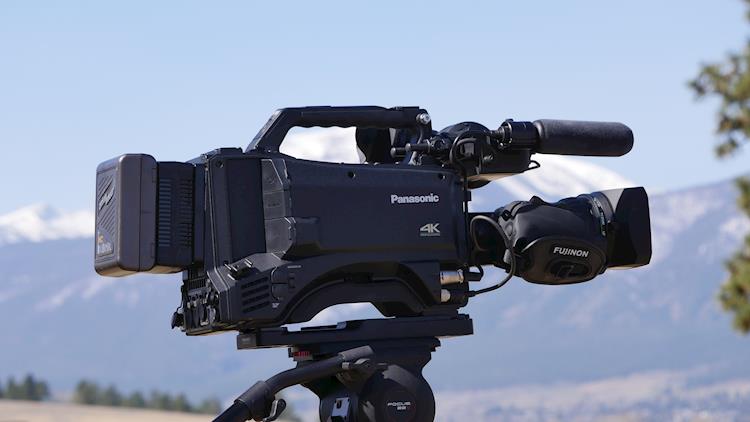 A recent trend for cameras has been lightweight and compact bodies with large image sensors. The ability to capture a cinematic shallow depth of field and to position the camera in any situation are must-have features for most indie filmmakers. But let’s face it, cinematic shallow depth of field and fast prime lenses will not cut it for next year’s Super Bowl. Viewers are accustomed to watching the news, sports and live events from a certain broadcast perspective.

For decades, the most dominant format for broadcast cameras has been 2/3” sensors with a B4 lens mount, covering standard definition and the move to HD. The move to 4K broadcast still has many challenges – distribution to camera standards – and it’s really not an option for broadcasters to move to Super 35 sensors and PL-mount lenses. 4K (and above) cinema cameras like the VariCam LT use large format CMOS (Complementary Metal-Oxide-Semiconductor) image sensors, which excel in low light, provide a wide dynamic range, and consume less power. 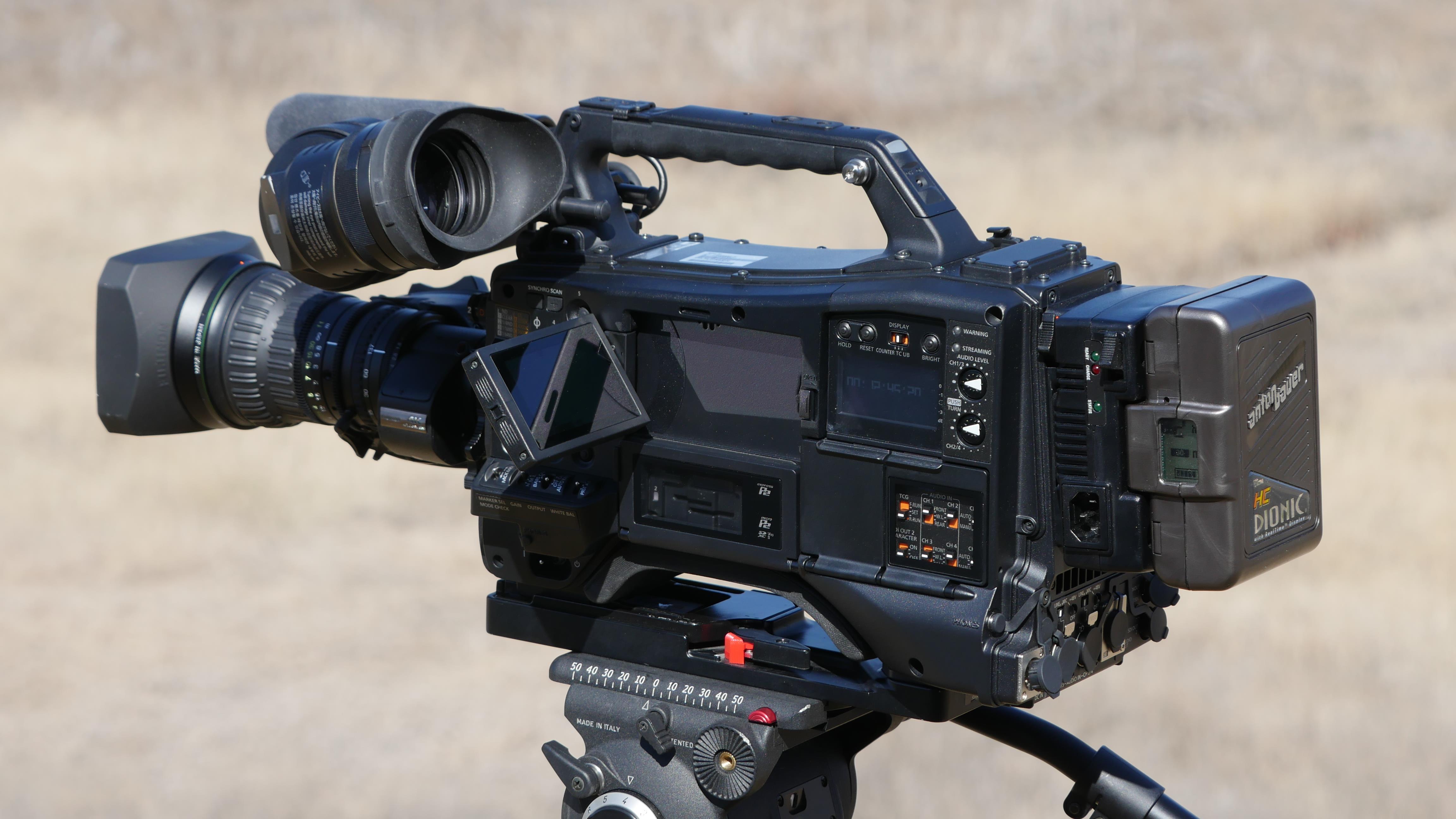 “Large format cameras are wonderful, but for televising much of live broadcast, especially sports, you really need a smaller camera format with that 100-to-1 or larger zoom lens,” says Panasonic Senior Technologist Steve Mahrer. “The biggest s35mm PL zoom you will find is a 20-to-1. That simply won’t work for that stadium-wide shot with a shock zoom push to the red zone. The qualities of 2/3” optics; the depth of field, longer zoom capability, snap focus, etc, are all tools we've been using for 30 to 40 years, and for certain tasks, there is simply no equivalent.”

Most broadcast ENG cameras utilize a 3-sensor/prism system, with three separate imaging devices and an optical beam-splitting prism. Each imager receiving the filtered red, green, or blue light from the lens/prism. Due to the increased popularity of large-format CMOS sensors for production, the market for a 4K 3-sensor camera is now significantly limited. In addition, it’s all but impossible to produce a 3-x imager 4k large format camera, which is based upon extreme optical and cost issues.

There are three major challenges in capturing 4K resolution on a 2/3” sensor. The first factor is resolution-based. For a 4K (UHD) sensor, you need a 3840 x 2160 resolution that will fit on a 2/3” sensor, roughly 4x the pixel density of FHD. Because of these higher resolution/smaller pixels, the aggregate light level landing on each photosite will be reduced to one quarter, which reduces the sensitivity of the imager by a full two stops.

The second factor is the dynamic range. As photons are converted to charge, photosites on a large sensor hold more electrons before becoming saturated. The higher the charge saturation, the wider the dynamic range. In today’s broadcast environment, the ability to capture more dynamic range is perhaps more important than delivering 4K resolution. Like the problem of sensitivity, a 4K 2/3” imager with its small pixels would also lose 2 stops of much needed dynamic range, exactly what is not needed as we move towards HDR broadcasting.

The third and most difficult challenge with a 4K 2/3” imager is caused by physics. As light travels through a narrow iris, diffraction occurs. Diffraction is the process whereby light rays cancel each other and cause a loss of image resolution. The smaller the imager, or the smaller the iris, the more sensitive the system is to diffraction losses. FHD 1080p 2/3” imager-based cameras worked well to an iris setting of f/8 or more. Simply changing the imager to a 4K 2/3” device will result in diffraction greatly softening the image to mere HD resolution (or less) at moderate f5.6 or greater operating points. To ensure any 2/3” 4K/UHD camera makes a decent 4K image, the operator must ensure the iris never closes beyond f/4. This is all but impossible in any live televised outdoor environment, as the camera operator requires his normal operating range of f/2.8 to f/8 just to cover the varying light. ND filters or variable shutter options can help, but these add greatly to workflow complexity, they are intrusive, and may introduce unwanted visual artifacts.

A new camera design approach is needed to provide the resolution and increase of image quality that 4k provides, yet allows the camera operator to maintain his ability to zoom, focus and expose correctly as needed for optimal television coverage. 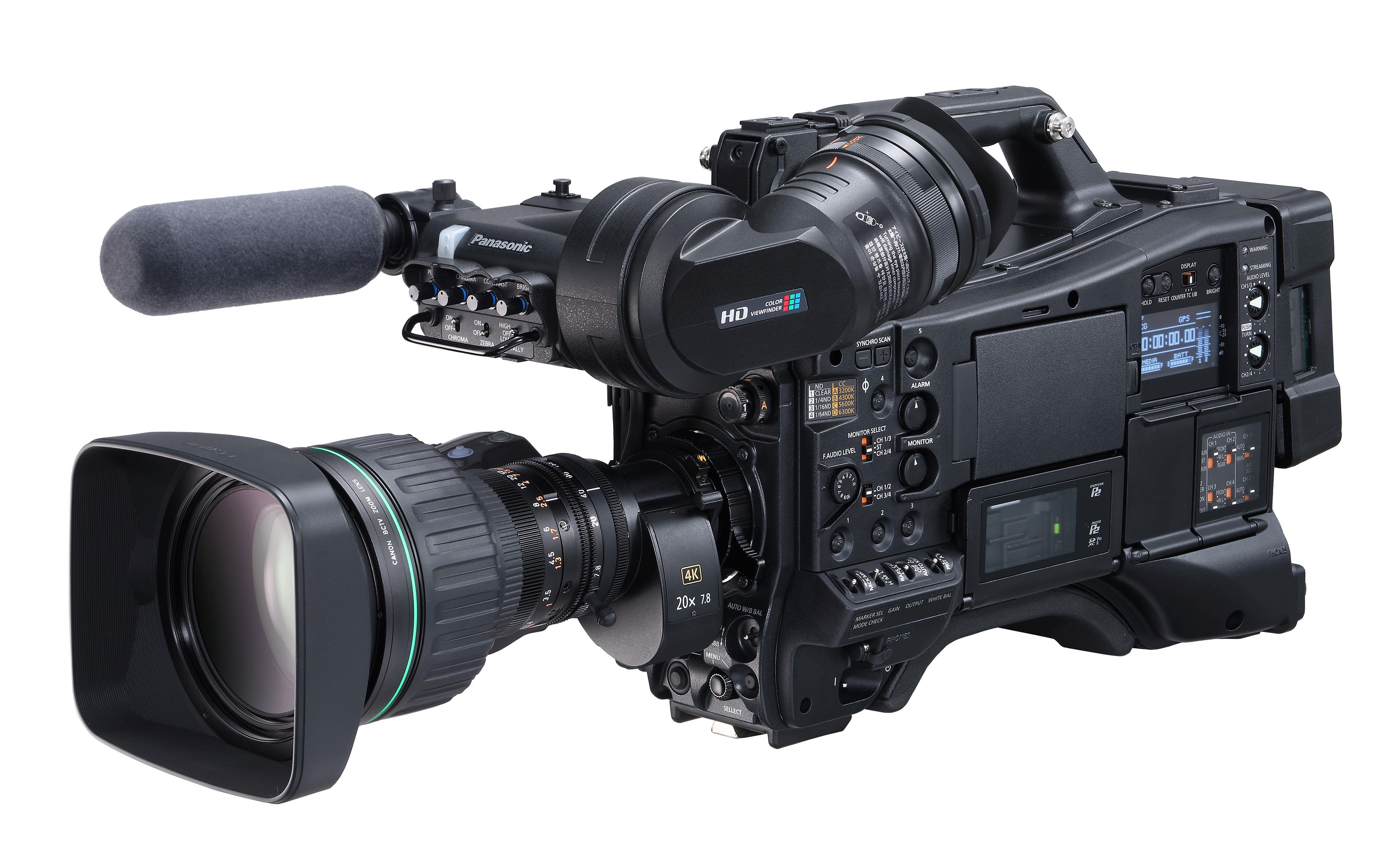 With the AJ-CX4000 4K HDR ENG Shoulder-mount Camera, old is new again with a tried-and-tested broadcast camera platform with modern features for the 4K/HDR world. The CX4000 is the latest camera in the CX-series camera lineup and is designed for broadcast ENG, sports, documentaries and events. Like most broadcast cameras, it contains a standard B4 lens mount for interchangeable 2/3” lenses. ENG or documentary shooters will appreciate the CX4000’s shoulder-mount ergonomics and will be able to shoot for hours without additional strain on an arm or wrist. The camera also contains several new features that make the CX4000 perfect for today’s live broadcast needs, including 4K HDR recording, 4K 60p 10-bit 4:2:2 output via 12G-SDI, and direct live streaming compatible with RTSP/RTMP/RTMPS.

Panasonic has taken a new approach to capturing 4K resolution with 2/3” optics with LSSIEL, which stands for Large Single Sensor Internal Expansion Lens.

For the CX4000, the exit pupil light cone of the broadcast 2/3” B4 mount lens is internally expanded and projected on to a much larger FourThirds 4.5K pixel imager. 4/3s is 80% the size of s35mm. That much larger imager (4/3s is exactly 4x that of 2/3”) permits the imager to use larger pixels; much larger pixels allow greater dynamic range; much larger pixels also greatly reduce the unwanted effects of diffraction. The dynamic range of a 4/3s 4.5K imager is comparable or better than many s35mm production cameras, and importantly restores useful iris range to f/8 or higher without suffering diffraction losses.

“So, with LSSIEL, even at 4K we're back to the performance of the normal optical system," says Mahrer. "Rather than having a problem with diffraction at f/5.6, we maintain normal operation out to basically f/11. And that's a very important thing because 4K that is soft isn’t really 4K. It should be noted that diffraction is a fundamental optics phenomenon, not a problem of poor camera design, it cannot be undone special processing or software tricks." LSSIEL is also used in the AK-UC4000 4K HDR & HD Slow Motion Camera System, AK-UC3000 4K HDR Broadcast Camera, and AK-UB300 4K HDR Broadcast Box Camera. 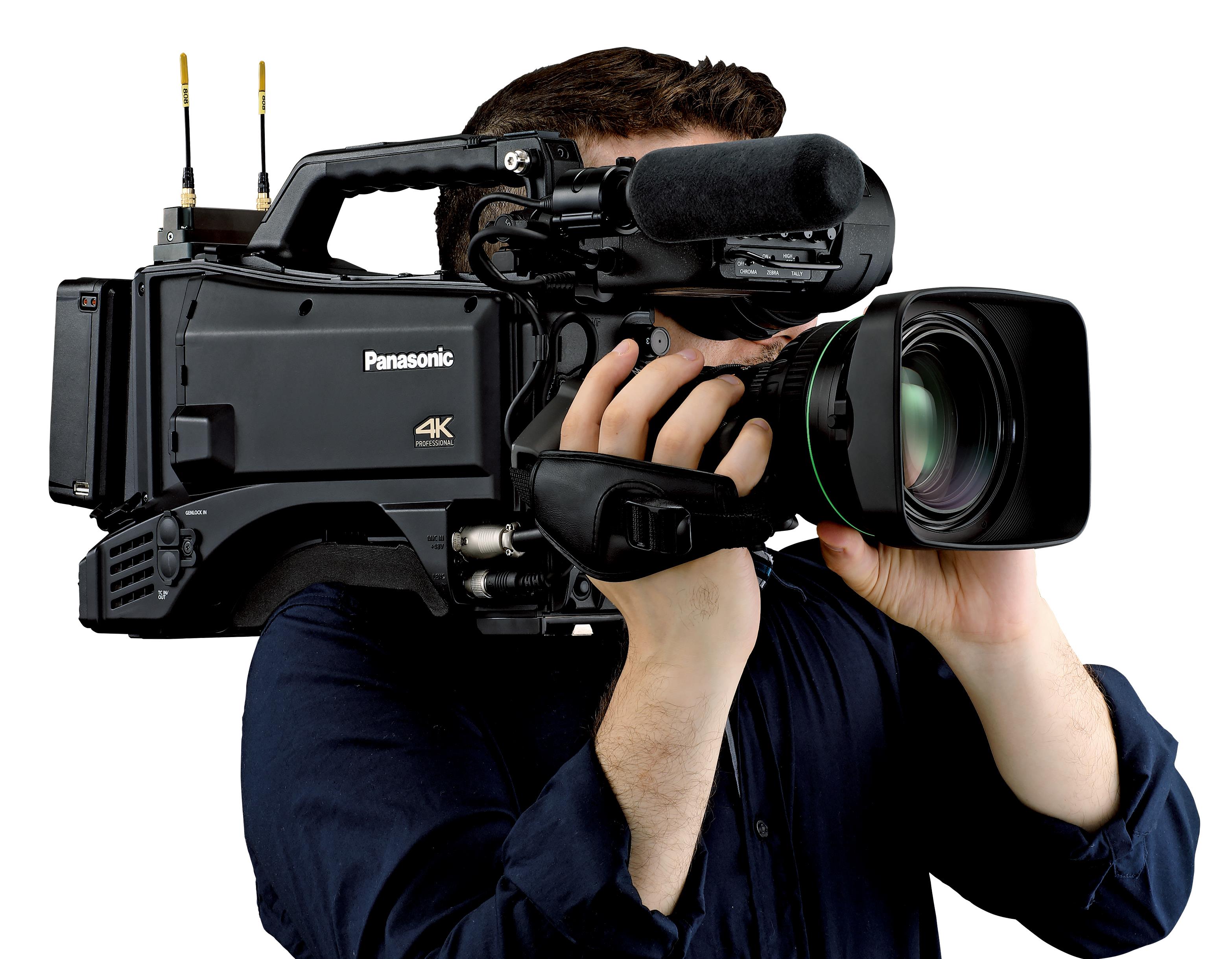 LSSIEL uses an internal expansion lens behind the B4 lens mount and the 2/3” image circle gets expanded to fit in a larger image circle, essentially projecting the image from the lens onto a larger image on a larger sensor. The CX4000’s CMOS sensor uses a Bayer Color Filter Array to create a color signal – a method that has been widely used for electronic movie production cameras.

LSSIEL’s internal expansion lens system is important in that it’s not the same as simply adding an aftermarket lens adapter, “You’re putting a very high-quality relay lens on the back of the 2/3" lens so it is a carefully optimized optical system,” says Mahrer. “Lenses today are remarkably high quality and 4K studio lenses are superb. The image projecting lens inside the camera is an integral part of the camera’s optical system design.”

The CX4000 being a native 4K broadcast camera was a logical point of view as long as it provides familiar tools and optical performance. LSSIEL Imaging Systems provides exactly that.

For more information on the AJ-CX4000, click through here.