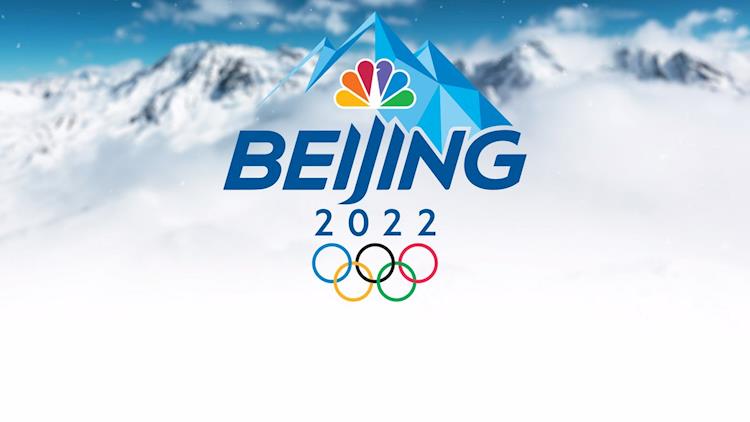 Delivering on the Promise of Big Productions

When it comes to working on the the biggest  productions, the Super Bowl and the Olympics are at the top of the list. Yes, I know there are a lot of other sporting events, just not at the same time! The Super Bowl will be played out at SoFi Stadium in Los Angeles, with dozens of mobile production units in the broadcast compound. This includes hundreds of cameras, thousands of production professionals and sports journalists all focused to deliver once in a lifetime images in what many consider two of the highest pinnacles of sports production. 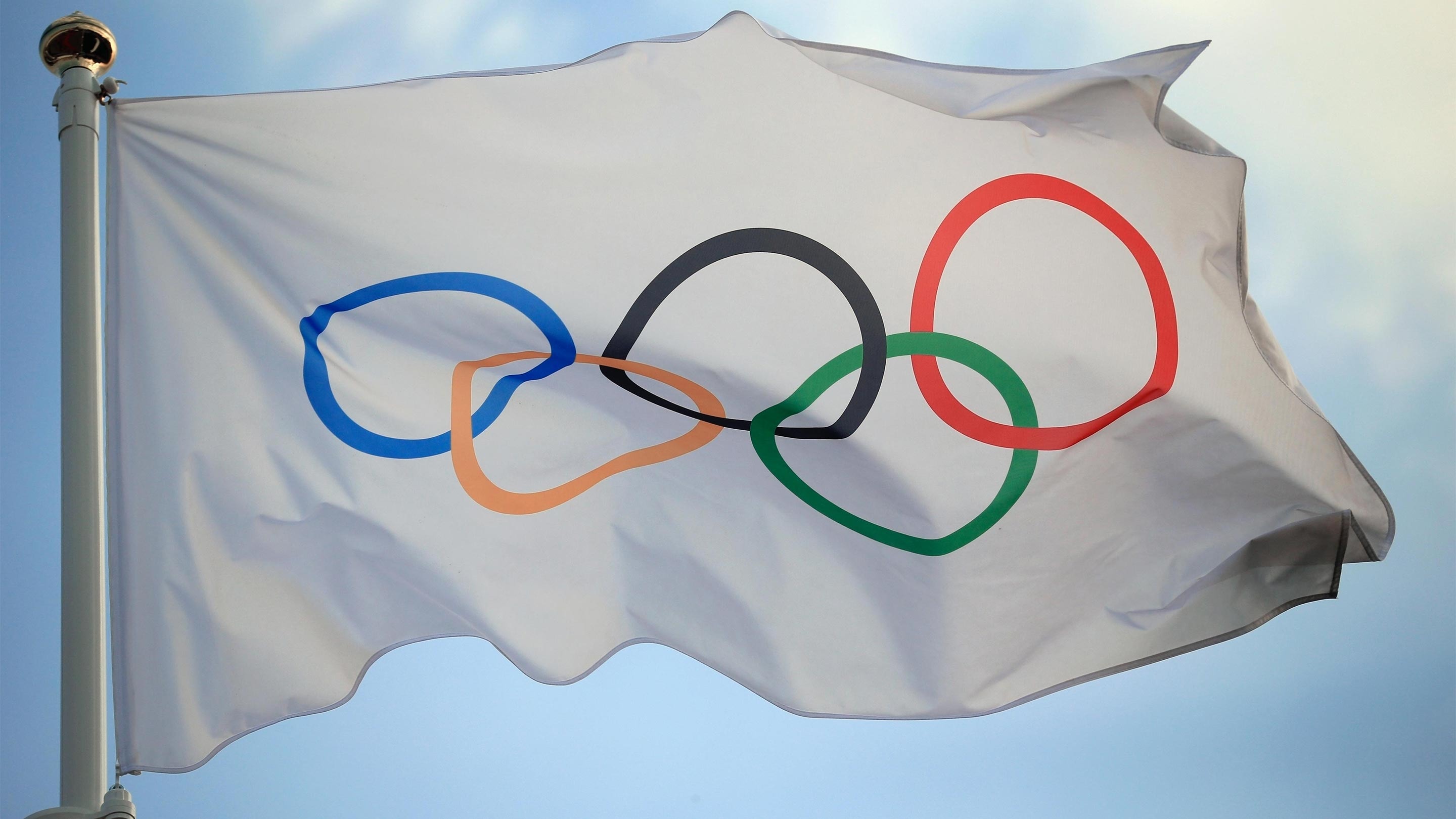 Just when you thought that the Super Bowl was the only game in town, add in the responsibility of producing the 2022 Beijing Winter Olympics.

Both events will be happening at the same time and both will be produced by NBC. The 2022 Winter Olympics have multiple events—12 venues spread out over multiple locations over multiple days! Working on or producing even one part of these events is definitely not for the faint of heart. Luckily, we were able to get a sneak peak behind the scenes as production ramps up for these two prestigious events.

Who Ya Gonna Call? 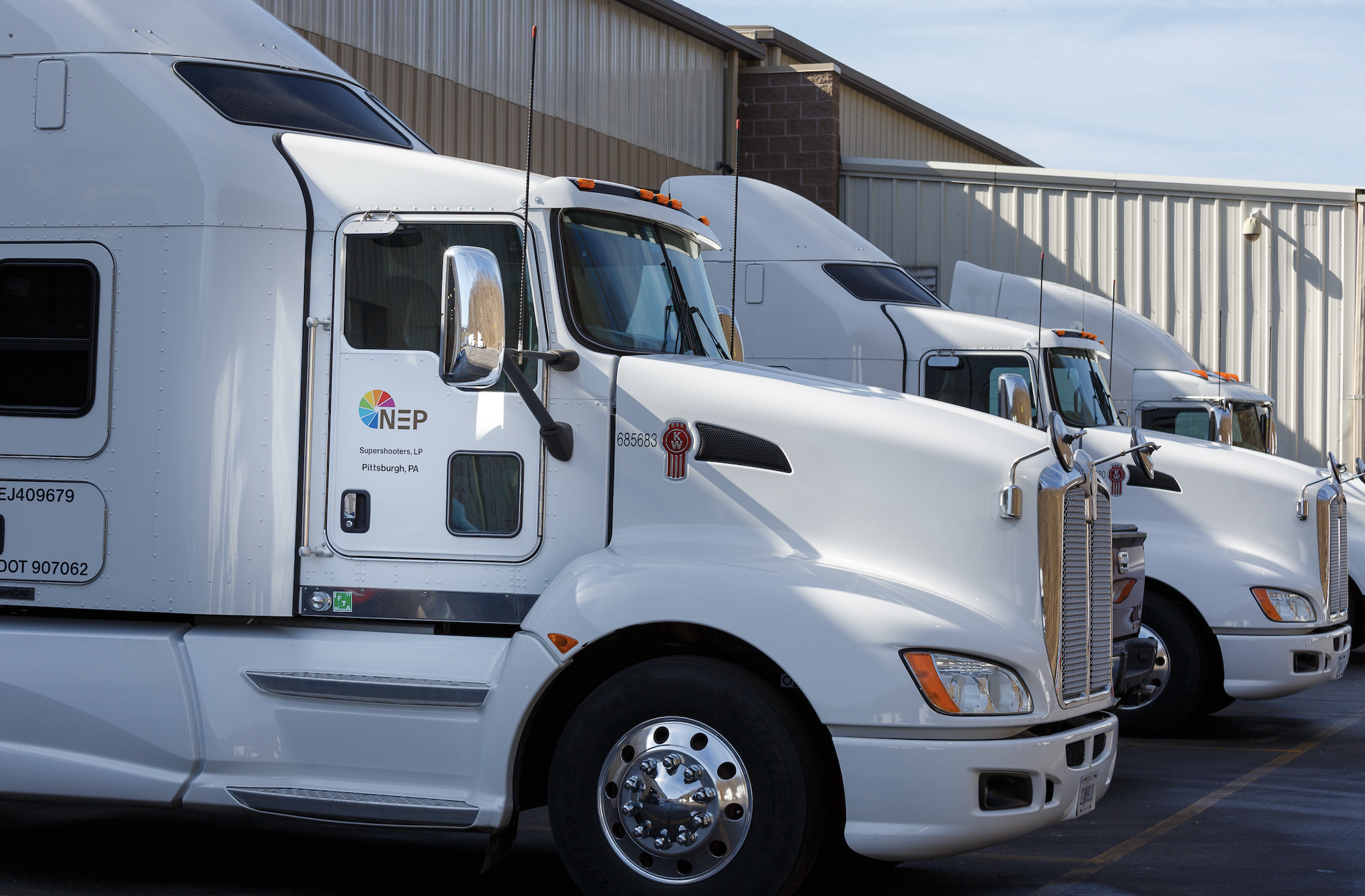 I’m not sure any network would have the resources to do big productions like the Super Bowl without some very knowledgeable, experienced professionals. That’s when the networks get on the phone to NEP and Glen Levine.

Without a doubt Glen Levine, President, NEP U.S. Broadcast Services has to be one of the busiest people on the planet right about now. He's always making time for people and is the consummate professional. With the responsibility over dozens of mobile units, engineers, and production personnel, Glen oversees  this amazing balancing act that gets the right units and the right people to the right venue. Fortunately, I was able to catch Glen in between flights to ask him what the “mad dash” is like to get ready for the big game.

“For the Super Bowl it’s all about planning and scheduling. Set up is planned and takes time. We are in roughly two weeks prior to the game. Things are staged in a logical timeline, from running fiber to parking trucks and then building for show. We schedule in appropriate test time along with production FAX and pre-production. As for Strike, you would be surprised at how quickly it all comes apart. Similar logic in removing hardware and get the primary units rolling, them remove cable. We hope to be out in a day and half.” 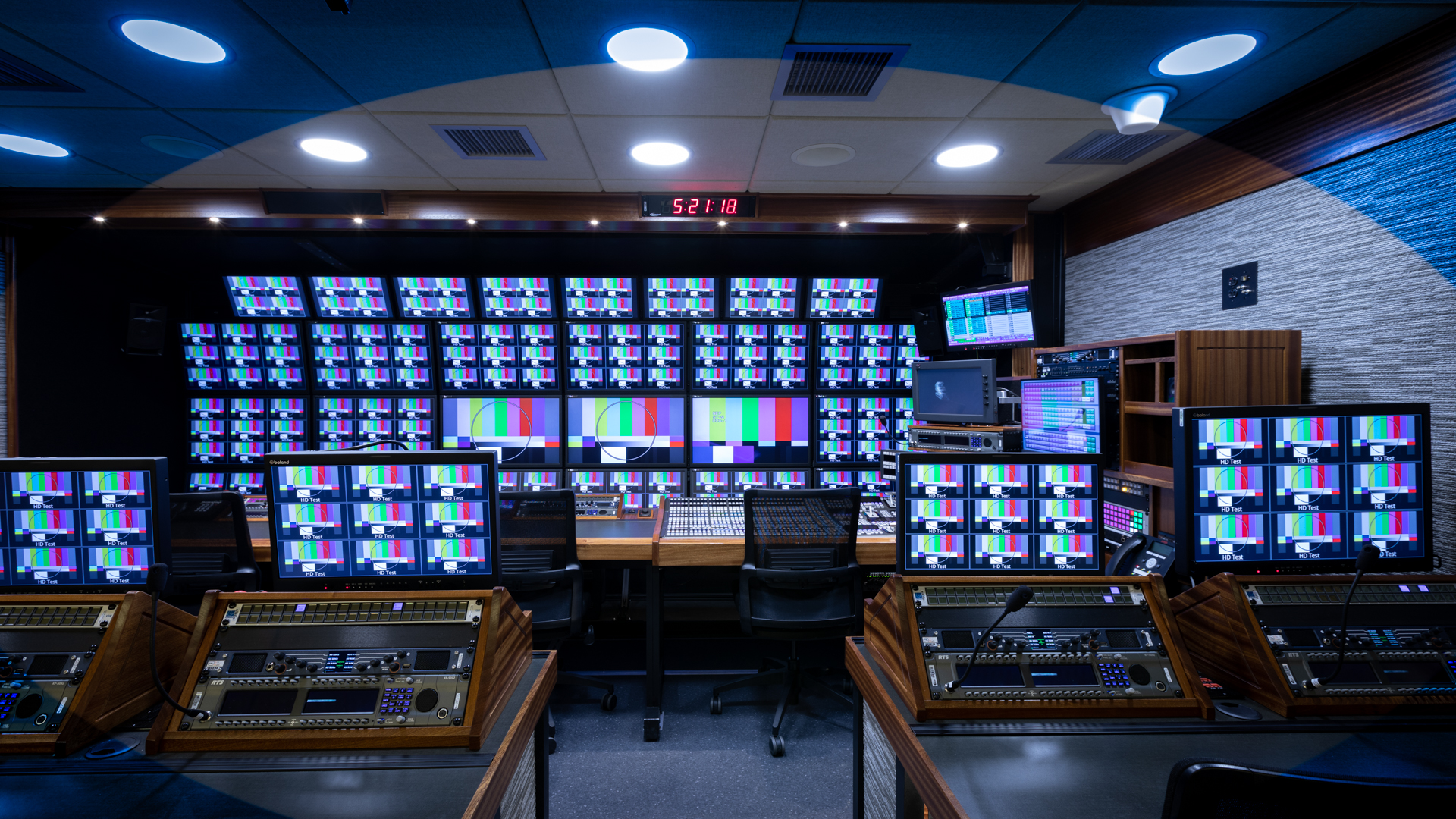 I also asked Glen what are some of the biggest challenges or changes he has seen. “Great to see technology continue to advance. Higher quality, more specialty cameras, more instant replay and SSMO.” The ongoing challenge is COVID and that’s is everyone’s challenge along having this many people on site”. Glen has also been gracious enough to share some of his tech info that NEP is bringing to Los Angeles and SoFi stadium which I will share below. But We will have to catch up with more from Glen in a bit.

For now, let's switch our focus to the production of the 2022 Winter Olympics to be held in Beijing China. In a nod to advancing technology, NBC announced some interesting additions to the broadcast of the Olympics. For the first time ever for a Winter Olympics, NBC Sports will provide live coverage of the NBC broadcast network’s Olympics primetime and Prime Plus shows in certain markets in the 4K Ultra High Definition (UHD) format with High Dynamic Range (HDR) and ATMOS sound.

NBC’s primetime coverage of the Opening and Closing Ceremonies will also be presented in 4K HDR. Events which will be featured in 4K HDR during the Winter Olympics primetime and Prime Plus shows include figure skating, skiing, snowboarding, hockey, bobsled, and other sports.  “The Winter Olympics provide some of the most amazing moments and stunning visuals in the world of sports,” said Gary Zenkel, President, NBC Olympics. “We’re excited to once again bring the American audience closer to all of the incredible action with our live primetime and Prime Plus shows utilizing this remarkable 4K HDR technology.”

According to Molly Solomon President and Executive Producer of the Olympics, NBC is adding other production elements to the mix. “We are deploying the most production technology ever at a Winter Olympics, including at figure skating where we have added major elements.”

“For figure skating we want to be better at better explaining quad jumps, those amazing feats. So, we have added four super slow-mo cameras, one in each corner of the rink. That brings us up to 22 cameras of figure skating, and that is really going to help the viewer better understand the rotations on those jumps that determine their scores.”

Solomon added: “We are also using stro-motion, athlete tracking technology for enhanced replay packages. So I think that all in all is going to come across as a really enhanced figure skating broadcast.

In snowboarding, we are going to have raw motion data tracking, which means that you’ll be able to see the jump height in the halfpipe. At alpine we have added motion sensors to give us even better (measurements of) wind and speed.”

Solomon then closed with her thoughts about Covid and large scale remotes: ‘We’ve got a built‑in expertise on how to mount large‑scale remote productions.  The Beijing model is going to be very similar to our Tokyo in that the heartbeat of our Olympic operation will actually be in Stamford, Connecticut, at NBC Sports headquarters.  We’ll have more personnel there than in the host city. Just with COVID’s changing conditions it’s just added a layer of complexity to all of this.  So we need to make sure that we can provide the same quality experience to the American viewers. That’s why we’re split between the two cities.

But as we tell our team, we’re nimble, we’re flexible and we’re ready to pivot. But I have to say something significant has changed virtually every day for the last three months, forcing us to adjust our plan numerous times. And I expect that to continue. And so will the challenge of covering these Olympics.” 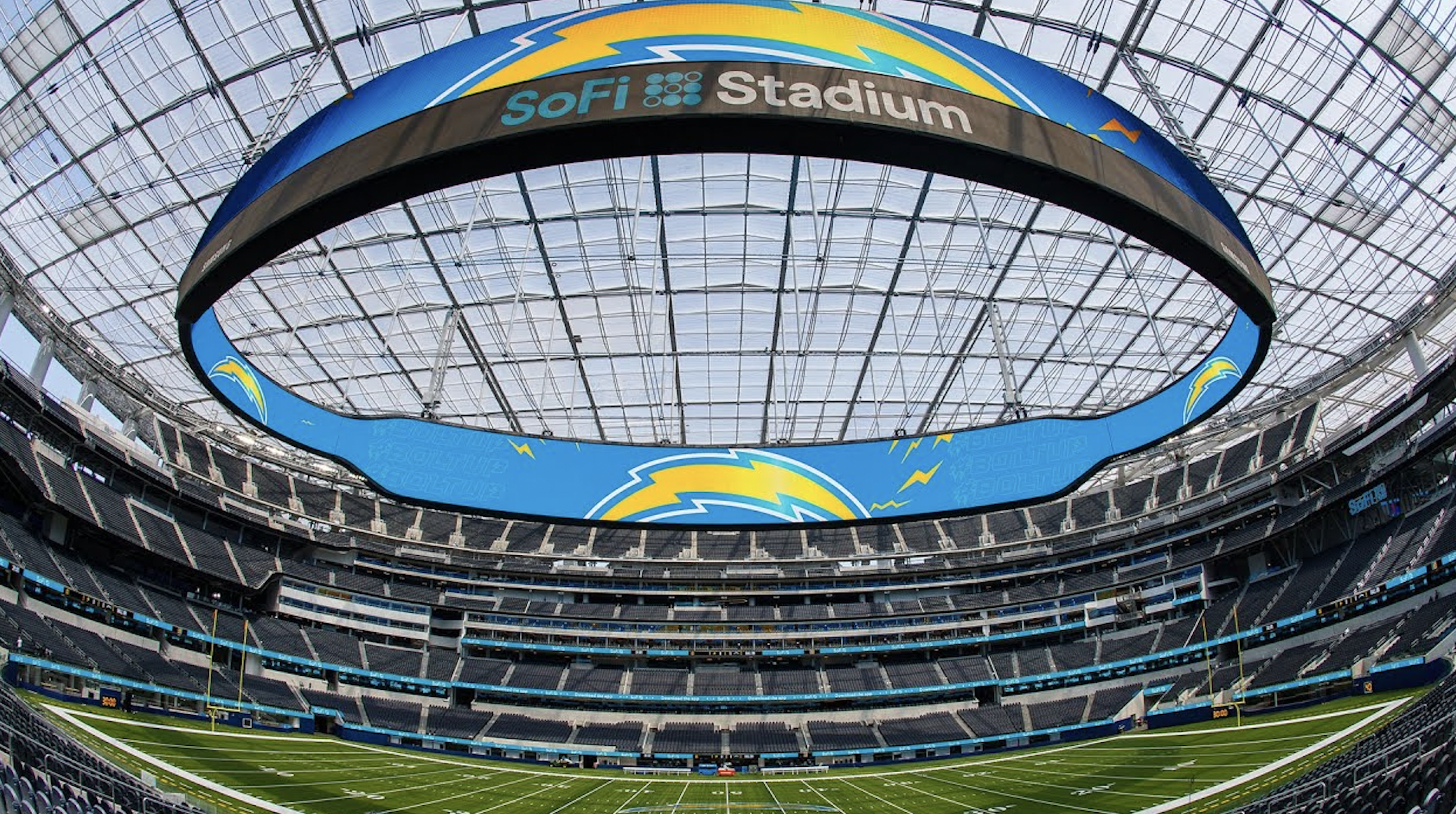 If you have never been involved in a large scale sporting event you gotta try it if you can at least once. As a live sports TD and director I can say without a doubt live sports production has been one of the best experiences of my career. At the end of the day no matter the type of production you are on, it is all about the people you get the privilege to work with.

Glen sums it up best:

“The Super Bowl is exciting and demands much attention. NEP has been fortunate to be involved with many Super Bowls over the years, and the success of these productions must be attributed to many people paying attention to the details in planning and execution. Our team is focused from the very beginning, using their talent to prep wisely and follow through with careful execution on site.  From behind the scenes, from our excellent coordinators and field shop personnel to our on site expert tech managers, engineers, and drivers, each person brings years of experience and talent. I am proud of each one - their dedication, contributions, and hard work during what has been challenging times are outstanding.”

That’s what I’m saying! Give credit where credit is due. Oh, and here is the coolest list of mobile trucks and production gear I mentioned earlier. Enjoy!