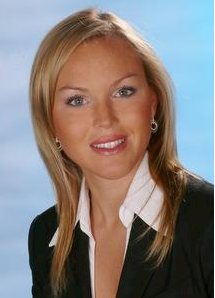 Q What new products/services is your company showcasing this year?

A A major trend in broadcasting recently is Video over IP, and we’ll be showing a demonstration of how the technology works, in order to showcase the huge potential it has to change broadcast workflows and speed up time to air. The demonstration will involve a newly developed VOIP gateway for 4K and HD video, which uses IP networks to transmit video in near real-time, sufficient for seamless video switching. We’ll also have our latest remote camera range at the show, which remains hugely popular for reality shows and outside broadcasts. The range includes our 4K AW-UE70 remote cameras, as well as a focus-assist camera, the AW-HEA10, which can be used remotely with an iPad. IBC will also be the first opportunity to see working models of two additions to our professional 4K range, the AG-UX180 and AG-UX90, after they were announced at NAB earlier in the year. In addition, we will be displaying prototypes of a 360 degree real-time camera, which is currently in development and a working model of our new AK-UB300, 4K box camera, as part of a robotics system ideal for studio and live production applications.

Q What are some upcoming/popular trends from the world of broadcast and content creation that you think might make a big impact at the show?

A Alongside IP, 4K is still a huge talking point and every manufacturer is updating their camera, switching and recording equipment to accommodate the super-high resolution format, which will only speed up adoption across the industry. At Panasonic our 4K range is going beyond the traditional production cameras and in to other formats, such as studio and remote cameras. The increasing capability of network connections and processing power has meant Video over IP is becoming a crucial part of many news workflows. Again this has seen manufacturers updating their hardware to add IP capabilities, and Panasonic is fully committed to seeing out the full transition to VOIP over the next few years.

Q Any events you're particularly excited about attending/throwing at the show? Which ones?

A Our partner social hour at the end of day one was a success last year and is repeated again this year.

Q How do you constantly reinvent yourself at IBC each year?

A Panasonic invests heavily in constant research and development, in fact we are the world’s most inventive company having filed more patents than anyone else in each of the last three decades (80s, 90s and 00s). So new products are a given. IBC is an excellent opportunity for us to update industry decision makers and the media as to where we stand currently, and what is coming up in the near future. We always make use of strong interactive elements and demonstrations to help bring our broadcast and ProAV range to life, and this year is no exception with demonstrations of our capabilities in VOIP and HDR.

Q How are you planning to make this year's IBC the best yet?

A We will be using the show to highlight our 4K lineup with a number of 4K cameras on show for the first time in Europe. We are expecting the VariCam LT to be a star of the show, we’ll also unveil a new workflow for VariCam, which we believe will be the fastest workflow within high end production and cinema. In addition, we will have the AW-UE70 remote camera, AK-UC3000 live studio camera and AG-DVX200 to demonstrate our breadth at UHD and above; while working models of the two new additions to our professional 4K lineup - the AG-UX180 and AG-UX90 will be on display for the first time following their announcement at NAB.