Is 8K More Supply or Demand? 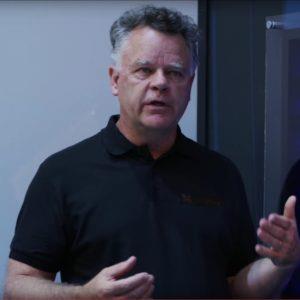 For the majority of content creators and distributors, it’s hard even to start considering 8K when 4K, while still maturing in production, mastering, and distribution, is not yet the standard across the production supply chain. 8K’s immense file sizes impact numerous media operations—the least of which are storage space, transcoding services, file transfer, delivery mechanisms, and timelines. Despite that, 8K garners more industry attention every year, growing in usage and infrastructure after almost two decades in development. For some, it’s the next “big thing” and an unnecessary evolution. For others, it’s already here, inevitable and appropriate.

While the U.S. hasn’t fully adopted 4K throughout its market, there are significant efforts across the globe to implement it in various industry sectors. How are we supposed to understand 8K? What’s its place in the industry? How seriously should it be taken right now?

Signiant spoke with industry sources to gain a more comprehensive picture of what 8K’s future might be. But comprehensive doesn’t mean simple, and the way forward with 8K is more complex than many might expect. With a range of applications, there’s a very good chance that 8K adoption will eventually be widespread, even standard.

More Ks, more quality? The consumer potential of 8K remains to be seen

Is 8K actually better? If you were to view 8K versus 4K, could you tell the difference?

It depends — and size and distance matter.

At the recent 2020 Hollywood Professional Association Tech Retreat, Michael Zink, vice president of technology at Warner Bros. presented, “Tested Perceptual Difference Between 4K & 8K,” a double-blind, visual perception experiment to gauge if 8K proved to be a better-quality experience than 4K on an 88” 8K OLED consumer display. 139 participants rated seven different 8K and 4K clips from three different viewing distances and determined that 8K “did not result in significantly improved visual difference” in the testing environment.

In short, for 8K to be noticeable to the average viewer, it requires massive screens, which may make the technology a good investment for theaters, stadiums, and signage, but more complicated and unlikely for the average viewer at home.

One long-time industry veteran Signiant spoke to who wasn’t authorized to speak on behalf of their company, isn’t sure about the consumer adoption, “I just do not see 8K in the living room,” emphasizes the industry veteran. “You will not do justice to 8K if you only have an 80-inch or even 100-inch screen.”

Perceived improvement can be a larger consumer force — if it’s 8K, it must be better. Industry publication Streaming Media suggests content producers have long thought High Dynamic Range (HDR) has a far bigger impact on the viewing experience than resolution. But average consumers may believe more pixels equal a better picture, which makes it harder to convince them of HDR when higher resolutions like 4K or 8K are offered. Consumers might buy 8K televisions as status symbols or simply convince themselves that they can absolutely make out the difference in the picture.

Still, 8K televisions are being sold. In a survey, conducted in concert with IHS Markit, Statista forecasted roughly 1.4 million 8K televisions will ship from China alone by the end of 2020. In a corresponding news release, IHS Markit writes, “China will dominate 8K shipments as its early-adopting consumers are likely to be eager for new features. 65-inch will be the dominant 8K size, driven by affordable pricing in China.”

Despite questions on visual experience impact and the adoption in the U.S. market, 8K is rapidly increasing elsewhere with some of the biggest momentum in Japan, China, and Korea. Japan proudly touts the only 8K television channel in the world. Launched in December 2018 by Japanese broadcaster NHK, the channel, dubbed BS8K, debuted with a fully restored 8K version of Stanley Kubrick’s “2001: A Space Odyssey,” provided by Warner Bros, who worked closely with NHK on the creation of the channel itself. Japan also boasts a number of 8K theaters and “experience zones” with NHK even taking one to Austin, Texas for SXSW.

BS8K plans to broadcast the Tokyo 2020 Olympic Games in 8K, and — with sports frequently being a production technology testing ground — the upcoming year could see more applications mature, primarily as a result of this push.

Van Hurkman saw that influence in China when he shot his film, “Carry My Heart to the Yellow River,” with his Chinese producer and production company wanting it shot in 8K.

“This was the first time a producer has come to me and said, ‘I’d like you to direct this project, and I already bought a pair of [Red] Monstro cameras,’” Van Hurkman said.

But even after shooting 8K, mastering 4K, and playing in 33 film festivals, Van Hurkman’s film has not yet had a theatrical screening in the higher resolutions.

“No one’s even projected the 4K master. Everyone’s either projecting 2K scope or 1080. No one at the festivals has seen the HDR version,” he says.

Sports broadcasters are some of the early adopters with 8K cameras already used in sports productions. In January 2020, Canon supplied three 8K lenses and an 8K camera alongside the 55 HD and UHD event cameras at the Super Bowl. In late February, BT and Samsung partnered to screen the first public live 8K sports broadcast, showcasing a recent UEFA Europa League match. Examples like this aren’t the only ways in which 8K is making its way into professional athletics. Even 4K sports productions have 8K applications, such as extracting 1080p super push-ins footage from wide angles, which is extremely useful for instant replays and highlight reels.

“8K has had the side benefit of pushing hard on technology — in optics, in cameras, in displays — and that has benefited what we’re doing in HD and 4K,” one industry veteran, from a major camera manufacturer, confirmed.

Van Hurkman saw that benefit when shooting his outdoor scenes too. “I acknowledge the power of over-sampling in providing enhanced quality, even when delivering smaller resolutions. The fact that they're large sensors, large format cameras was really nice. Because that sensor size’s effect on depth-of-field and sharpness, I just knew it would make these big outdoor vistas look their best,” Van Hurkman says. “The ability to zoom in a little bit when we needed to and still be able to deliver a 4K master all by itself made me happy about acquiring in 8K.”

While media and entertainment applications dominate the headlines, 8K also impacts other industries.

Medical and healthcare scientists have worked toward higher resolutions for years. In 2013, the Medical Imaging Consortium completed the development of a compact 8K camera for endoscopic surgery. In November of the following year, that camera was used to perform human gallbladder-removal surgery, the first such procedure to make use of that higher resolution technology. For surgeons performing such delicate and complex procedures, using extra resolution is clearly worthwhile by helping them see extremely minute details vital for life-saving procedures.

8K also has the potential to thrive in areas where the size of the screen isn’t a problem, or large screens are already the norm. Stadium displays, large advertising signage, museum theatres, and planetariums don’t face the same viewing and size limitations. In these situations, the resolution actually has the chance to flex its muscles and distinguish itself from what came before.

“We may absolutely end up with 24K TVs, but that doesn’t mean we have to deliver 24K resolution images,” says Van Hurkman. “In the end, it’s really going to be up to the media distributors to decide what the desirable delivery image resolution is going to be.”

For many, it’s easy to see that 8K adoption is a long way off — a technology being pushed before most people even consume 4K. But counting 8K out completely, as Van Hurkman’s predictions suggest, could be a mistake. The resolution has the opportunity to make itself revolutionary in spaces beyond the family room. Medical technology, IMAX theatres, sporting venues, and even VR headsets (where extreme pixel density is far more visible) can all make use of this advancement.

All this is to say that as a technology driver and a powerful vehicle for spectacle, production, and future-proofing current content, 8K has a lot to offer, and 2020 likely will add to the conversation. As it stands, 8K’s efficacy is heavily intertwined with the nature of individual projects and the requirements of the deliverables in question. Understanding the key strengths and current limitations of the format will be essential to its efficient and cost-effective implementation. There may very well be a future where 8K televisions sit in a majority of homes, and where the resolution is understood as standard, but the majority of adoption, for the time being, will likely be outside of the consumer market.

As it stands, 8K is well underway, tools are being developed, and expectations are being laid out. All of this means that, for media organizations, 8K may come to them before they seek out 8K. If organizations are ready or not, 8K will likely continue to influence the industry more and more in the days to come.