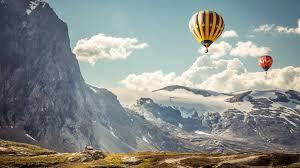 2017 is fast approaching and professional videographers and agencies are once again evaluating their technology needs. As 4K resolution becomes increasingly widespread, the question for many has become: Is it time to look beyond 4K?

4K video, also called Ultra HD, boasts 3,840-by-2,160-pixel resolution for televisions, or four times that of 1080p. Perhaps even more importantly, it also offers enhanced colors and High Dynamic Range. While certainly wonderful from a technological standpoint, the added pixel detail 4k offers is unable to be resolved by the human eye, except on very large projection screens while sitting close to the screen. For smaller screens, 1080p already delivers rich images with no visible pixel structure.

The color difference on the other hand, is something we can perceive on any size screen, to a degree. You see, many of the “new colors” Ultra HD offers are also beyond the range of human vision. However, the result is certainly gorgeous and professional looking, and 10-bit color depth does get rid of banding artifacts in color gradients, which limit the 8-bit color of standard HD. 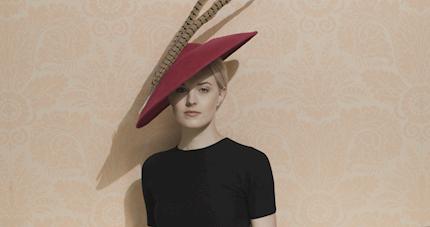 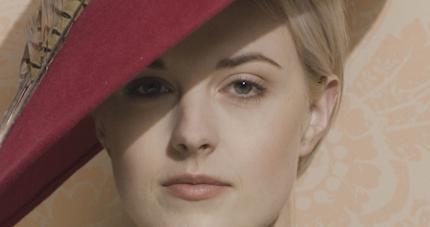 Another benefit is increased flexibility. At Visual Country, we like shooting in 4K because it allows us to “push into” images beyond the focal point, zoom in or crop footage after recording, and add in digital pans—moves that are much more limited when shooting in standard HD.

An example of this is “The Milliner,” a short film we recently shot for Savannah College of Art and Design’s SCAD FASH museum, which was done in 4K RAW on the Canon C500. In that case, working in 4K was really nice for color correcting and shaping the image to the specific way we wanted it to look and feel. It provided more color grading flexibility to create our own look vs ProRes 422 and it gave us more freedom when we were shooting, since we didn’t have to make final decisions on the spot, but could tweak later in post. 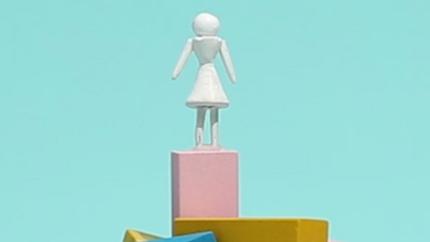 In video production circles, 4K has been considered the “new norm” for the past couple years. Consumers, on the other hand, are just beginning to catch up after purchasing 1080p televisions en masse for the past several years. This makes a lot of sense, considering that just a couple years ago 4K televisions were incredibly expensive and there was very little 4K content for viewers to consume. The costs simply outweighed the benefits for most people at that time. This is beginning to change, however, and the consumer market is a good benchmark for those of us on the production side. 4K is finally gaining consumer traction as a standard in much the same way HD once did, with prices falling and the amount of available content increasing significantly.

Today, blockbuster shows like Narcos, Daredevil, and Stranger Things are shot in 4K and many consumers will kick off 2017 with a shiny new 4K television. But just how many consumers are we talking about? Judging by a report on the topic by Strategy Analytics, North American household penetration of 4K Ultra HD TVs will jump to 48 percent in 2020, from just 5 percent in 2015. In other words, consumer adoption in the US is happening, but it’s happening slowly.

On a global level, 23.8% of TV households around the world are forecasted to own a 4K set by the end of 2016, up from 13.7% in 2015, according to a report by TrendForce. China is leading this surge on a global level but the US isn’t too far behind.

Along with the mass adoption of 4K content and screens, we have also seen a trend toward the consumerization of 4K production. Apple, for example, which originally introduced a 4K video recording option on the iPhone 6s, recently released the iPhone 7 Plus, with a dual camera system, 2x optical zoom, and improved low-light video capture. It’s no RED, but it shows that 4K video production has officially been brought to the masses.

So what does this mean for professional videographers and the agencies that employ them? Is it time to up the ante? In most cases, the answer is no. However, to decide, it’s best to assess the needs of your business and your budget.

Where will your video be displayed?

If you are shooting cinematic, pre-planned shots designed to reside on a large movie screen, a higher-res camera may be worth the investment as the extra resolution can be beneficial. However, if you are shooting for a home theater screen, the Web, or mobile phones, it’s basically irrelevant given the limitations of the human eye, so 4K will be more than enough for your needs. The 2016 Oscar-nominated film, The Martian, was shot on a RED Epic Dragon, a RED Scarlet Dragon—and a GoPro HERO4. It’s not all about the camera.

How much money are you willing to spend?

Costs, both on the production side and the agency side, will increase for higher-resolution footage. On the production side, cameras can range from around $20,000 for a 6K camera to upwards of $60,000 for 8K cameras. The cost of storage must also be factored, especially when shooting in RAW. A single minute of RAW 4K footage can eat up around 15 Gigabytes of disk space. If your main gig is photography but you also dabble in video, you may want to consider a top-of-the-line DSLR with 4K video capabilities, as opposed to purchasing both a top still camera and a top video camera, especially if you are on a limited budget.

Does Your Client Work Require It?

Think about your current clients and the ones you want to go after. Will they require it? Will it give you a leg up? In our experience working with global brands, we have received a lot of requests for 4K from clients requesting live-action videos, but not from those requesting stop-motion videos. The funny thing is that our stop-motion videos are actually shot in 5K, since they are produced using 5K still cameras. In the end, many of our clients--even broadcast television--request final assets in 1080p because that is the format in which they will be delivered. Bottom line: we have yet to lose out on a job for not having a 6K camera.

Can You Handle it in Post-Production?

In many studios, videos shot in 4K still get downgraded to 2k in post because a lot of post houses can’t handle the increase in bandwidth resources that 4K’s higher pixel resolution necessitates.

On the consumer side, 4K is just coming into its own and should endure as the standard for quite some time. On the production side, it remains a valuable and more than adequate resolution for most applications. If you don’t have a 4K video camera, now is the time to get one. But before you run off to spend your savings on a 6K, 7K, or 8K camera to get that “tech advantage,” it’s best to pause and assess the needs of your business. Chances are, you won’t really need it. At least not this year.

2 more days until the #MillinerFilm premieres at #SCADfash... 😆 A few of you have been asking when you can see it so here’s some more info: the exhibit will be open and playing my film until 1/29/17 for anyone to see in the Atlanta area. For everyone else, I’ll be premiering the film on my YouTube channel! So head to youtube.com/user/meagancignoli and subscribe to be the first to know❤️ So, so, so excited to see this all come together and I can’t thank @PaulaSWallace and @SCADdotedu enough for making this happen. *For any SCAD students- i’ll be headed down to the Atlanta campus within the next few weeks and i’d absolutely love to see some of your faces!