Lead Animator at The Sequence Group, Anne Jans, Talks Life in the Industry 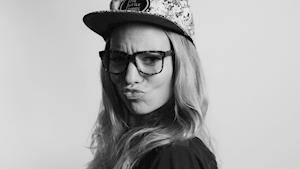 Originally from The Netherlands, Anne Jans now resides in Canada, where she is the Lead Animator for The Sequence Group, where she has completed projects like Halo: The Fall of Reach to their new Slack commercial. She discusses how she found her passion and what the life of being a lead animator is really like.

Tell us a bit about your background.

Anne Jans: I'm from a town called Veghel on the other side of the ocean – from the land of tulips and clogs, The Netherlands. I was just always outside exploring and building things when I was growing up.

Which films/games were you passionate about growing up? Which ones inspired you to be a part of the industry?

Anne Jans: I actually never owned a computer until I went to Art School and I wasn't into playing video games at all. To be honest, I'm still not! I don't even own a TV. I did watch A LOT of cartoons, and that's probably what got me excited about animation.

That said, I grew up with two older brothers who loved computers and enjoyed everything from building their own computers to networks, and they even created a game. Our house was filled with their games, books and movies, from Commander Keen to Star Wars, Lord of the Rings and Command and Conquer. I was always surrounded by this lifestyle, I just hadn’t realized it would be involved in my career.

Once I started working as a product designer, I quickly realised I was going to end up stuck behind a computer all day long doing something I didn’t love for the rest of my life. I really didn't like that idea, so I switched careers to do the most fun thing possible on a computer – animating!

How did you first get involved with The Sequence Group?

Anne Jans: They were looking for an animator to work on Halo 2: Anniversary’s game cinematics. I had moved to Vancouver six months prior and was searching for the right studio that I would really fit in with. I guess I did, because I'm still here!

What does your day-to-day work at Sequence involve?

Anne Jans: Everything and anything! Depending on the projects I'll mostly be involved with all 3D and animation-related tasks, but I'm also occasionally found unloading the dishwasher & watering the plants. ;)

What’s the most challenging project you've worked on at Sequence?

Anne Jans: I would probably say Halo: Fall of Reach. It was such a short turnaround to get 60 minutes of animation done in six months with a team of six animators. It was pretty crazy sometimes, but also super fun! I definitely didn't have time to water the plants during that project. ;)

Which project are you most proud to have worked on?

Anne Jans: Our new Slack commercial – it's so different from the things we usually do. We didn't have to follow any set guidelines animation-wise, unlike Ironman for example, which has a reputation for the character’s very defined way of moving. On the Slack project we had the freedom to just create and animate in the style we thought looked best.

What advice would you give a creative looking to succeed in your specialty?

Anne Jans: For me, when I'm not sitting behind my computer, I need to do things that are the opposite to get my brain to function better. I bike to and from work, racing against my own records. I'm usually still thinking about work and how to handle certain projects or problems, but it helps me clear my mind and make room for new thoughts and ideas. I recommend stepping back occasionally instead of focusing too hard.