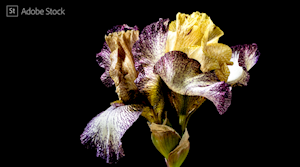 Short films can be extremely challenging to create, but when they are executed properly, they successfully push the boundaries of film to the extreme. Adobe Stock's new challenge series pushes filmmakers around the world to create videos from stock footage alone. Working with San Francisco-based design & moving picture company Skycar Creative, Adobe Stock is bringing stories from artists all around the world to life through short films made entirely with Stock video assets with a new web series, titled “Depth of Field.”

We talked to Skycar Creative about the process, challenges they experienced, as well as upcoming projects they are working on.

ProductionHUB: What was your inspiration behind the films?

Skycar Creative: It was a fun project because it was basically a very large blank canvas with a million pieces of motion picture as our palette, and the chance to tell any story we wanted to. Frankly, it was intimidating. I think one piece of inspiration was actually a clip we found early on… For some reason this weird little clip gave us the feeling we’d be able to find anything we needed in the library.

We were fortunate because each artist had a uniquely inspiring story that informed the visuals. The nice thing about using stock was that we could try searching for the obvious idea and then turn it on its head ten minutes later. It made experimenting with visual ideas quick and inexpensive. Primarily, we followed the artists’ leads by trying to find the most compelling imagery to support their story.

PH: How were you chosen to work with Adobe and their stock footage?

Abobe: We were impressed by Skycar’s previous work, including work done for Adobe, and felt they had a solid grasp on our brand and visual identity. We were also excited by the concepts they presented – the toughest decision for us was not which agency to work with, but which of Skycar’s imaginative ideas to run with.

PH: What were the challenges of creating these films out of stock footage?

Skycar Creative: The challenge was not falling down a rabbit hole, which was certainly available! With each topic or idea, the library offered so many options of pieces to play with - a query like ‘chalkboard; exclude people’ would turn up 2,500+ results. It was hard to trust we had the right piece of film for a particular sequence, so it was a bit of a ‘gut’ game. And A LOT of searches. But of course it was an embarrassment of riches scenario and was a great problem to have.

Yes, part of the challenge was knowing when to stop. With so many possibilities, you need to really trust when something feels like it serves the story well.

PH: How was the production process different?

Skycar Creative: Usually we produce all the visuals for a piece, whether it’s live action or animated. Occasionally we are asked to create films from ‘found footage’ - meaning - we need to cut together already existing assets, but it’s a relatively limited resource. This, however, was so different because we had to come up with concepts that were executable from a very large pool of assets that could take us in any direction. Before we pitched our ideas, we spent quite a bit of time searching the library to make sure what we were thinking of was even possible. Then when we were actually in production, we often collaborated on a particular scene by all going off in our own direction in search of the same thing - collecting our finds in a ‘library’ inside of stock. The result is that each team member feels quite a bit of ownership over the films because we all of shots or sections that we contributed.

PH: What techniques were used?

Skycar Creative: Primarily, we cut in Premiere Pro CC but we also brought some elements into After Effects CC for some simple compositing. On a few shots, we did some serious layering to achieve a certain look or mood. Fortunately we found great assets like: film grain, flares, glitch loops, paper and liquid textures, and lighting effects all within Adobe Stock. Having these right there in the library allowed us to honor our committment to use only stock. In the past we would seek out these assets from multiple sources, or try to shoot them ourselves.

PH: How important was creating emotional video through these photos and how did you achieve that?

Skycar Creative: We felt that emotionally connecting with the audience was very important, so when we were casting the pieces we skewed to the stories that we all resonated with hoping that the audience would as well. We also played with pacing and the music to help underscore the narrative in an emotionally resonant way. It’s funny how intimately connected we felt to the voice-only interviews as we worked through them. We felt a real responsibility to take care of their story and make them sing visually -- especially in a way that the artists would appreciate/approve. So, I think that pushed us to find the most powerful pieces of their stories.

PH: Do you have any upcoming projects you're working on?

Yes! We’re in the midst of an Original series of films that we are shooting entirely in stop motion with some visual effects in the mix. The first episode launched recently.

This is honestly one of our favorite projects to date. The true collaborative nature of it brought our team together in a super cool way, that and the opportunity to get into the heads and hearts of really cool artists we respect immensely felt like a lucky gift.