Tackling the Pokemon GO Phenomenon & The Future of Augmented Reality 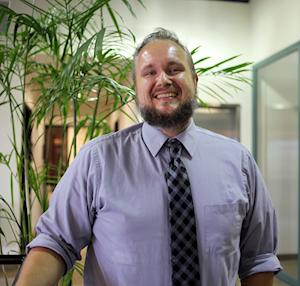 PH: Do you foresee other apps like this in our future or how might other companies and brands use augmented reality to their advantage?

Matthew Henry: There is an enormous market for Augmented Reality and Pokemon Go has only scratched the surface. The core concept of Augmented Reality, placing information on top of the real world, is nothing new. Think about why we place signs at street intersections, or beside highway exits, or next to artwork in a museum. Signs like these are a technology we’ve used for centuries to place information, such as the name of the street we are approaching, or which amenities, like food or lodging, are available at a given exit, or the name and history of a famous artist, on top of the real world.

Primitive forms of this technology are limited to static images, such as ink or paint printed on a surface, but we have already started to move beyond these limitations. Recently, video-based signs has become prevalent. We are starting to see more and more LCD and video signage able to communicate dynamic, changing information. Augmented Reality can take these technologies to the next level.

Imagine if instead of a roadmap and street signs, the directions to your destination were a literal yellow-brick road painted over the real world sidewalks and streets – a road paved with gold that only you could see and follow.

Imagine if instead of trying to show all the amenities at every highway exit, signs could recognize your wants and needs and only show things you might want to see or visit. Tell your AR that you are hungry, and a billboard, that only you can see, will not only tell you what restaurants are nearby, but also provide reviews, popular menu items, and the wait time at the drive-through.

Imagine if instead the museum wall containing a paper with text, your tour through a museum could be accompanied by a 3D, virtual tour guide who could answer your questions and provide you with all relevant information not only in the form of text and audio, but in the form of a virtual reality simulation of the artist’s workspace and you can interact with the people, places, and events that inspired the piece.

While these technologies may be far in the future, they are made possible by the same technologies and tools that are being made popular by games like Pokemon Go.

Likewise, Brick-and- mortor businesses spend millions of dollars trying to get people into their locations. Grand Opening celebrations, sign-spinners, giant inflatable gorillas, and other expensive advertising techniques are used with a single purpose – to get customers into their stores. Location-based Augmented Reality Games like Pokemon Go can do the same.

Here at the University of Advancing Technology, our students are required to create a Student Innovation Project (SIP) as part of their graduation requirements. Some of our students are investigating innovative uses of Augmented Reality, such as these, and plan to use them in their SIPs.

PH: How does Pokemon GO effectively use mapping and location?

Matthew Henry: Pokemon GO takes advantage of the GPS sensor inside modern smart phones in order to make the player’s position in the real world an important part of the gameplay experience.

Your smartphone’s GPS sensors allows the phone, and any program running on the phone, to detect that phone’s position in the world. Pokemon Go can then send your coordinates (latitude and longitude) to a server, and that server can tell the game what Pokemon are nearby. This is the same technology that powers Google Maps and other similar programs already on your phones.

In fact, it is very likely that Pokemon Go is using the same Google Maps technology to provide the map data for the game, as it is not only possible to access that data through the Google Maps API ,but also to stylize the map appearance and use the same colors and styles as the Pokemon Go map. Not to mention that Niantic was a spinoff company from Alphabet, the parent company of Google.

Matthew Henry: The short answer is that Pokemon Go was created in the Unity game engine by a team of designers, programmers, and artists. It requires the same processes as are used by any mobile game, plus additional programming that connects to the map APIs.

The long answer is a 15-week long special topics course that we are running currently at UAT. In this course, students in our Game Design, Game Programming, and Game Art degrees are learning how to use these tools (the Unity Engine, the Google Maps API, the IOS and Android Camera functionality, and basic server programming), as well as applying their artistic talents and skills in software such as Adobe Photoshop and 3D Studio MAX, to create an AR-based game of their own. We expect our game to hit the App stores and be available for public release in the first quarter of 2017.

PH: What does the creation of this app mean for the future of augmented reality?

The popularity of Pokemon Go will make it easier for AR developers to pitch, market, and sell their products, and will similarly inspire new app designers to innovate in the AR space.

PH: What are some of the benefits to the introduction of augmented reality?

Matthew Henry: The major benefit to Augmented Reality is the ability to provide dynamic and interactive information on top of, and based on, real world factors. While this information may be completely imaginary, such as how Pokemon Go can place virtual monsters in the real world, it can also be important, real-world information.

Although there is nothing wrong with collecting adorable virtual creatures, it is not the only thing that Augmented Reality can do.

Imagine an app that can identify which piece of modular furniture you are attempting to assemble, which step in the process you are currently on, and place a glowing-green outline around the next board in the pile you should grab. You could then watch, from any angle, exactly how that board needs to be connected to the existing boards, and follow along in real time. The app could also detect if you have completed the step correctly, and help prevent errors before it is too late.

Likewise, augmented reality can be used to experience situations that could otherwise be dangerous or inconvenient. Many psychological treatments could take advantage of Augmented Reality. The treatment of phobias and anxiety often involves counter-conditioning, where a patient is taught to perform a relaxing action, such as measured breathing techniques, when they are exposed to their triggers. Augmented Reality would allow the exposure to these triggers to occur in a perfectly controlled, safe, and yet “real” environment. For example, a patient with a fear of snakes first be trained to perform their measured-breathing techniques when the Augmented Reality draws a simple green line over the real world. This could be repeated in multiple real world environments – their own home, their work place, the doctor’s office. Then, once the patient has mastered the process, the Augmented Reality software could cause the line to move slightly, bringing it one small step closer to appearing like snake, and the training could continue. This process of training, moving the simulation one step closer to reality, and then training again, could continue and slowly ease the patient into overcoming their phobia, and all without ever needing to acquire, handle or interact with an actual reptile.

Hue Henry is a game developer and educator with over a decade of experience in the field of video games. His industry experience includes his role as lead designer on the MMORPG “Alganon,” and as a narrative designer for the unreleased “Stargate Worlds,” an MMO based on the Stargate SG1 television series. He has also worked as a design consultant for a number of independent games and has developed several educational games for use by homeschooled students and charter-schools.

Hue’s belief that video games can change the world in a positive way has led him to the field of education. He is a certified Scrum Master, and has taught courses ranging from advanced game programming to story writing and narrative design and augmented reality.

Hue has also worked in the research field. During his time with the Embodied Games for Learning Lab, he developed several games that would be used in scientific studies on the topic of embodied psychology and how video games can use the tenants of embodied learning to enhance learning. A study on how video games and the Kinect sensor can be used to enhance health-related learning, was published in the Games for Health Journal in May of 2014, and another study utilizing games and gaming technology that aims to teach Physics is nearing completion and will be seeking publication in the future.
Hue currently working on a PhD in Educational Technology, with a projected graduation in Spring of 2017.