Back that Asset Up: Storage & Asset Management 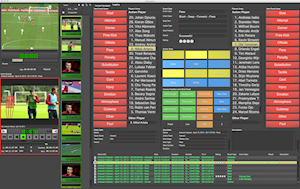 Every technology change brings new benefits and new challenges. The shift in media production to digital file-based systems has sped up the process, multiplied the creative power of editing tools, and enabled collaborative workflows that could never have been imagined with film or tape. They have also brought new challenges to the storage and retrieval side of the equation.

It used to be that the only things you had to worry about were storage space, and whether the media would deteriorate over time. We now capture and try to keep much more media than ever before and the challenges have expanded. We still have the issue of space, but now space is calculated in Bytes. Mega, Terra, Petabytes and more! The systems storing all of this data need to migrate over time, so archive migration is a constant push to new, denser, archive technology. The real challenges, however, are in data management. We have more files to store and we have much more information about those files. Not only do we want the source material for a particular story, but we want to search and retrieve it based on metadata, notes logged at the time of use, clips used in the final edit, clips from the same source material, material used most often, resolution, who used it, when it was used, and more. When the time comes to retrieve media, we have often narrowed it down to the point that we no longer want the original asset, but rather would prefer the bits we have already identified so we can get it more quickly and get on the task at hand. Enabling this workflow starts much earlier in the process.

At the point in time when you want to retrieve your assets, your efficiency and what you can do will already have been pre-determined. If you did not put the effort in up-front, you will not have the chance to retrieve media efficiently. Part of this is compatibility, and at Primestream we work with several archive vendors to support their middleware and the widest range of hardware. This guarantees your ability to move and manage your media over time. We also support cloud based infrastructures so you can optimize where your data is housed at any given time in its lifecycle. However; the key is often metadata, and that is why Primestream is so focused on making it easy for users to add metadata throughout the process. Whether it is our live logging module - which lets you add metadata in real time to enable quick turnaround workflows, but which also builds up that first layer of metadata that stays with the asset throughout its lifecycle - or our latest file-based metadata tagging tools which make it really easy to add consistent and coherent metadata to files already on your system, our focus is letting you add information about the source material, the clip, or the project that stays connected with the media as you migrate it. We focus on making it easy and on maintaining data integrity so your spelling, your terms, and your categories are consistent across the board.

At the time of retrieval features like partial file restore and broad codec support make it quick and easy to re-use what you have found, but the real value is always in your ability to find it in the first place. So, when you think about storage, take the time to look at the workflows leading up to that moment when you put that asset away for later, because if you haven’t you might find yourself storing a lot of stuff that you never get to use again. 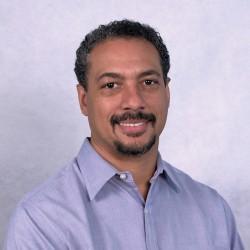 A 25-year veteran of the technology industry, David Schleifer previously held the positions of Vice President of Strategic Planning for Avid Technology, where he built and managed the business strategy for the Media and Entertainment market, and Vice President of Broadcast for Avid where he built and managed Avid’s growth into the broadcast market. Over his career, Schleifer has been responsible for the development and introduction of many products – including the revolutionary Avid Interplay, Avid iNEWS Instinct and products including On-Air Systems, Automation, 3D graphics and Editing solutions. His responsibilities have also included the design, rollout and management of large complex systems at broadcasters like CBS and NBC, and in other industries like Healthcare, Film Studios, Data Storage and Networking.