“Breathe” recently won Best Short at the Beverly Hills Film Festival, Sunscreen Film Festival, and Derby Film Festival in the UK. The film is a Cine Gear Film Expo finalist, where it will screen in competition at the Paramount Lot in Hollywood on June 2nd.

Writer/Director Paul Kowalski and Cinematographer Simu Feng took the time to chat about shooting in 4K for 'Breathe,' what it was like using the ARRI Alexa and more. 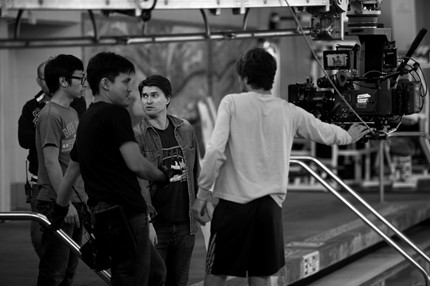 ProductionHUB: How did this film, “Breathe”, come into fruition?

Paul Kowalski: “Breathe” is a psychological thriller I wrote and directed about a Polish neurosurgeon derailed by the haunting memories of his wife’s death. I was born in London to Polish parents, and raised on four continents, so my films tend to gravitate toward fish-out-of-water themes, including exile and identity. Though the film’s story is personally inspired, it is also elevated into the realm of the kind of dark, thrilling psychological cinema I most enjoy. The film was made as our thesis production at the end of two years at the American Film Institute, where I was studying as a Directing Fellow, and Simu as a Cinematography Fellow.

PH: What was pre-production like and how long did it take before you started filming?

Paul: Development lasted about six months, which included getting the script in good shape, finding locations, casting and fundraising. Our producer, Christina Dow, was instrumental at this phase, and her logistical skills were a huge asset to the production. About two months before shooting we had locked our Polish leads – Kristof Konrad (“House of Cards”) and Alicja Bachleda (“Ondine”, “The Girl is in Trouble”), then started working closely with our production designer, Nicolas Kelley Ruiz. Considering our protagonist was a brain surgeon, Nic was busy sourcing the medical props, which included real cow brains, to make our surgeries as realistic as possible. Once we secured our locations about a month before filming, I started working quite closely with Simu by tech scouting, shot listing and storyboarding.

PH: Why did you choose to film on the ARRI Alexa? 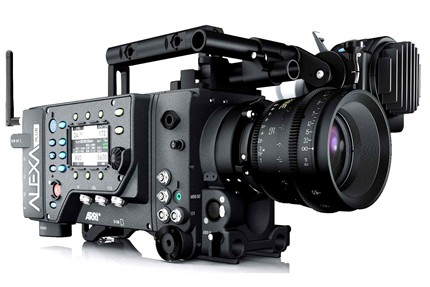 Paul: I instinctually gravitate towards highly-charged, stylized, cinematic imagery. Also, “Breathe” is a psychological thriller, and a certain kind of tone needs to be set right at the start of the film to immerse the audience in our hypnotic, psychological world. Film would have been my first choice, but was simply not an option on account of our schedule and budget. Reloading would have been too time-consuming at the pool, and we knew we’d have a lot of resets in the operating room.

The Alexa was just the natural, next best choice for the project. In our night pool shots, for instance, the camera captured vivid flickers of reflected light, rendering them in crystal clear, ethereal blues; in our surgery scenes, the Alexa allowed us to keep skin tones vibrant while maintaining the low-lit, psychological feel we were always after.

Simu: Alexa has always been my first choice when dealing with digital cameras. I love the way the camera treats color. It just has a more natural feel than the other digital cameras, especially when it comes to skin tones. We also ended up using the Sony F55 as a B-camera on days we needed to move fast, and on our reshoot day when a rain effect ate up most of our budget. We used a LUT that had versions for both the Alexa and the F55, so the image from the two cameras matched as much as possible. After color correction, I don’t think you can really tell the difference. We also shot 4K with the Sony F55, which gave us even more room to play with the the image in post.

PH: What are some of the Alexa’s best features?

Simu: My favorite part of the Alexa is how it reproduces color in a very natural and filmic way. You don’t really get that in the Red, for instance, or other cameras. Sony does a good job matching the Alexa color with the S-Gamut3.Cine color space, one reason why I chose the F55 as our second camera. AFI also owns several F55 cameras for students to use, so another factor was that we could get one for free.

Actually, the Alexa we rented from Clairmont Camera was an Alexa Studio model (with the optical viewfinder), so my camera operator had some fun framing through the ground glass.

PH: Would you use it again?

Simu: I always choose the Alexa whenever I can. Nowadays the Alexa Mini seems to be more and more common, and I really love shooting with it, too. Arri cameras are always so reliable, they give you the peace of mind to just put the technical stuff behind you and focus on the storytelling.

PH: Tell me a little about shooting in 4K for this film. 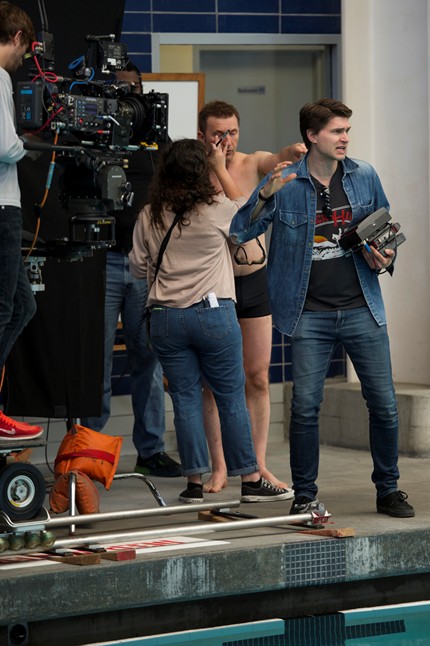 Simu: On the Alexa Studio we shot at 2K resolution – the highest you can go – but we did shoot at 4K with the Sony F55. Shooting at 4K makes a huge difference. You have more pixels to work with, more detail, and much more room to work with in post, and that was very important to us since we had to match the F55 footage to the Alexa’s. I also discovered that shooting in 4K is not just about having more resolution, but you also get more color information, subtler details and a higher dynamic range, which are all essential to digital images.

PH: How do you approach shooting in 4K differently or do you have to?

Simu: I don’t really treat 4K differently in terms of how I work and how I light. You do, however, want to choose your lenses carefully, or test the combination of your lenses and the OLPF beforehand. Many people feel shooting in 4K with sharp lenses will result in an image that’s too sharp, but I never really felt that way. Sharpness is a good thing for me, and to this film in particular. We shot with the Cooke S4i primes, and a Fuji Cabrio 19-90mm zoom. Both lenses performed beautifully with 4K resolution. There is one difference, however – the focus puller tends to work from the monitor when shooting in 4K, since focus can get critical with that degree of sharpness.

PH: Describe how you got some of those incredible swimming shots.

Paul: We had two main swimming sequences in “Breathe”. First, the night scene in which the protagonist’s wife drowns – it’s the story’s inciting incident, and a traumatic moment for our protagonist that we reference throughout the film. I wanted the mood to resemble the interior of a fire-lit cave; we gave it an ethereal, haunting, stylized feel, like a nightmare. Ghostly, flickering reflections on the tiled walls, and underwater lights that turned the water into the most beautiful, vivid blue color, really helped set the tone. The second pool scene is set in daylight, and sees our protagonist swim a lap in a frenetic, wild burst in an attempt to quell his overwhelming anxiety. We needed the camera to be close and all around him, to give us enough camera angles for our editor, Spencer Koobatian, to escalate tension in the cut. The solution was to use a long jib arm from the side of the pool, and run the scene from about nine different angles. Our lead, Kristof, insisted he do the swimming himself instead of using a body double. He did a fine job, but could hardly walk by the end of the day!

Simu: We had a lot of fun shooting the scenes in the swimming pool. I’m still amazed how we actually made it work. The pool is the key location in the story, and it serves as a subconscious space for our main character. We really wanted to be close to him, to feel his emotion. We discussed several options for how to film those scenes, including using an underwater housing and having an operator swim alongside Kristof. But in the end, after meticulous scouting and long conversations with the team, we opted for a Fisher Model 23 Jib arm, to reach out over the water and follow our character as he swims. The pool was quite big, but there wasn’t a lot of room on the side to fit the track and crane. The back of the crane was literally inches from the wall, and we were moving at a relatively fast speed. The grip team did a fantastic job making sure everything was safe.

PH: What are you working on next?

Paul: I’m currently developing my debut feature, another psychological thriller with dark undercurrents. It’s about an undercover detective who plays a man’s dead wife in an interactive virtual reality parlor. There are elements of “Silence of the Lambs”, as well as “Ex Machina” and “Vertigo”, with my story equally filled with double identities and tracking the protagonist’s obsessions. I’m interested in how modern technology affects our relationships and sex, and how in a world that is supposed to feel totally connected, people feel growingly disassociated and alienated.