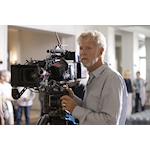 Created by Seinfeld co-creator Larry David as a fictionalized version of himself, Curb Your Enthusiasm premiered on HBO twenty years ago. Along with Mitchel Hurwitz’s Arrested Development, the series transformed the half hour comedy sitcom genre from multicam to single camera in its use of handheld documentary style cinematography. What do both shows, and the upcoming Netflix show, Brews Brothers, have in common? They are all currently shot by cinematographer Patrick Alexander Stewart with VariCam LT cinema cameras. 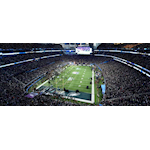 This is the first time the Super Bowl is streaming in 4K resolution, but it won't be true 4K

Fox Sports announced back in December 2019 that the Super Bowl LIV will be the first Super Bowl to be streamed in 4K — a resolution sharper than traditional HD cable TV broadcasting — as well as high-dynamic-range (HDR). 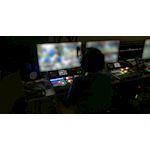 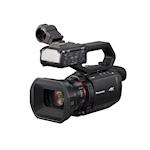 Panasonic is proud to announce three of the industry's smallest and lightest 4K 60p camcorders. Not limited by their compact and lightweight designs, the HC-X1500, HCX2000 and AG-CX10 offer a high standard of on-site mobility and portability, as well as the high-quality 4K 60p recording capability demanded by professionals. The Wide-Angle 25mm Lens and 32x i.ZOOM (4K recording) achieve high-spec optical performance thanks to Panasonic&#39;s exclusive high-precision AF, which also provides high-speed, accurate focusing for both 4K and Full-HD shooting. The new models have a variety of professional functions, such as Two Manual Rings, an ND Filter, a Built-in LED Video Light *3 , and 24-bit High Resolution Linear PCM Audio Recording. Users can further customize the recording formats according to the shooting environment or preference. 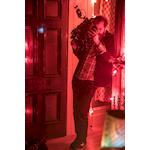 As Hawthorne College winds down for the Christmas holidays, a black-masked stalker begins killing sorority sisters one by one. Produced by Jason Blum (Halloween, Get Out) for Blumhouse Productions, Black Christmas is a re-imagining of the 1974 cult classic to a 21 st century audience. The horror film was directed and co-written by Sophia Takal (Always Shine). Although Takal was a fan of the original film, she wanted to bring attention to contemporary women’s rights issues, in particular the Me-Too movement. The film was shot by cinematographer Mark Schwartzbard (Forever, Master of None) with VariCam cinema cameras rented out of Panavision New Zealand. “The original Black Christmas was made in 1974 and it was a Canadian low budget horror movie,” explains Schwartzbard. “A lot of people believe it&#39;s the movie that invented the slasher film.” 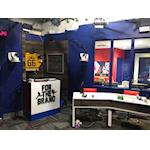 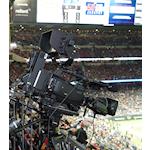 Sony Imaging Products & Solutions Inc., Sony Mobile Communications Inc. and Verizon joined forces with NBC Sports to test how 5G can change the way live sports broadcasts are captured and produced. During the Houston Texans vs New England Patriots football game at NRG Stadium on December 1st, 2019, a camera person from NBC Sports captured video of the game on the field using Sony’s PXW-Z450 shoulder camcorder. The video was streamed through Sony’s prototype transmitter box and Xperia 5G mmWave device, via Verizon’s 5G Ultra Wideband network to a production room in the stadium. 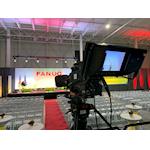 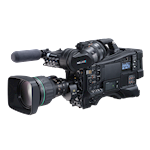 Panasonic announced that its new AJ-CX4000, a 4K/HDR shoulder-mount camcorder with B4 lens mount and interchangeable lens, will be available at the end of December at a suggested list price of $25,000. Ideal for network news, sports, blue-chip nature films and travel documentaries, the AJ-CX4000 follows the handheld AG-CX350 to expand the CX Series of 4K camcorders. 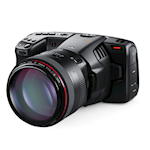 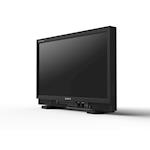 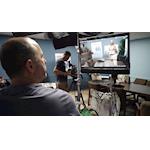 Investigation Discovery’s Betrayed follows the lives of normal people whose lives are cut short at the hands of a family member, co-worker, friend, or lover. Currently shooting its 4th season (10 episodes per season), the true crime series is directed and shot by Yoram Astrakhan with AU-EVA1 cinema cameras. (Season 1 and 2 were shot with Canon 5D DSLRs.) Astrakhan’s evolution as a director/DP began after studying photography in Israel and then moving to Los Angeles to study cinematography at the American Film Institute. From there, he worked his way up the camera crew ladder in becoming a DP. 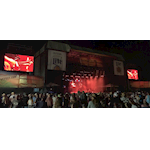 Blackmagic Design today announced that its ATEM Constellation 8K live production switcher was used as part of an Ultra HD 12G-SDI and fiber live production workflow at WE Fest, the largest country music festival in the United States and the longest running in the world. Now in its 37th year, the three day festival took place in Detroit Lakes, MN, in August 2019 with performances from stars such as Chris Stapleton, Keith Urban, Brooks and Dunn, LeAnn Rimes and more. 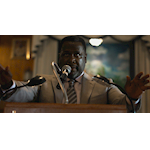 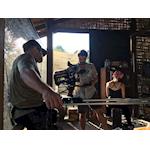 The Long Walk is the third feature film by director Mattie Do (Chanthaly, Dearest Sister), who was raised in Los Angeles but relocated to Laos to become the country’s first, and only, female filmmaker. In an interview in Women and Hollywood, Do describes her genre-bending film as “an unconventional time-travel thriller set in a forgotten rural village in Laos, about the ethos of a man, plagued by regret and loneliness, and his downward spiral into becoming a serial killer. He also has a very complicit ghostly friend.” The low-budget feature was shot over 32 days in Vientiane, Laos by cinematographer Matthew Macar with the AU-EVA1 cinema camera. 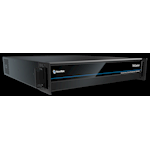 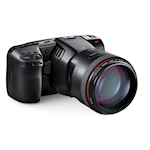 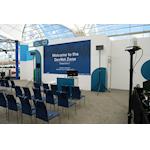 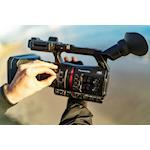 NEWARK, NJ (July 15, 2019) – Panasonic has announced the immediate availability of Barry Green’s A Guide to the Panasonic AG-CX350 Camcorder, a comprehensive reference eBook for customers and users of the new 4K 1.0-type AG-CX350 handheld camera. The eBook can be downloaded for free at https://na.panasonic.com/us/CX350book. 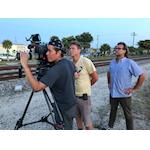 In Dopesick Nation, recovering addicts Frankie and Allie take on the heroin epidemic by working to save as many addicts as they can. Premiering on Viceland in September 2018, the series takes place in southern Florida and also tries to expose the corruption and exploitation that takes place in the rehab industry. The majority of Dopesick Nation was shot by cinematographers Mike Goodman and Greg Taylor with Panasonic VariCam LT cinema cameras. 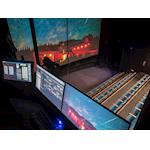 Blackmagic Design today announced that the ASTROLab, an astronomy activity center located at the Mont-Mégantic National Park in southern Québec, has built a new 12G-SDI AV and streaming workflow around Blackmagic Design products, including an ATEM Production Studio 4K, Blackmagic eGPU and Blackmagic Web Presenter. The new workflow powers ASTROLab’s daily science presentations in its interactive theater, allowing them to live stream the presentations to audiences around the world. 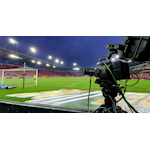 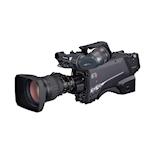 U. of Miami Athletics Gears Up for ACC TV Network with AK-HC5000 HD HDR High-Speed Cameras

The University of Miami (Coral Gables, FL) has increased its complement of Panasonic production cameras with a purchase of five Panasonic AK-HC5000 HD HDR high-speed broadcast camera systems in full studio configuration. Previously equipped with five AK-HC3800 HD broadcast cameras and three AJ-PX5000 P2 HD shoulder-mount camcorders, U. of Miami’s Athletics has utilized the HC5000s to produce linear and digital broadcasts of Division One sports since early this year. 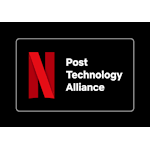 The latest free firmware upgrade to Panasonic’s AK-UC4000 4K/HD HDR-capable camera system has added V-Log output, incorporating the full power of the renowned colorimetry of the company’s line of VariCam and AU-EVA1 cinema cameras and making the camera useful for post-production workflows. With the inclusion of V-Log, the AK-UC4000 has earned the approval of the Netflix Post Alliance for creating Netflix-approved content, joining the VariCam 35, VariCam LT, VariCam PURE and EVA1 on the sanctioned list. 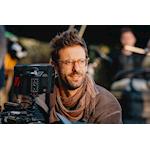 Carlo Rinaldi, AIC recreates a horrific event for The Haunting of Sharon Tate with VariCam LTs

This summer marks the 50th anniversary of one of Los Angeles’ most notorious murder cases. The Haunting of Sharon Tate follows 26-year-old actress Sharon Tate (Hilary Duff), a rising star about to have her first baby with her husband, director Roman Polanski. Fraught by terrifying dreams, Tate’s worst nightmares come to life with the appearance of Charles Manson and his deadly cult. The horror/thriller feature film was directed by Daniel Farrands (Amityville: The Awakening) and shot by cinematographer Carlo Rinaldi, AIC with VariCam LT cinema cameras.